In your opinion, which are the 3 worst pests in succulents?

Re: In your opinion, which are the 3 worst pests in succulen

After a long and frustrating battle with red spider mite – mainly of the false variety – victory finally came into sight this summer (short as that may have been). Then the mealy bugs moved in and a new battle started against both normal and root varieties. I can sympathize with the correspondent who felt like giving-up growing cacti as a result of these pests.

A major difficulty proved to be finding something to deal with the blighters. Several contributors to this forum have complained that virtually everything that has proved effective in the past has now been withdrawn. Some cactophiles even admit to keeping secret hoards of unmentionable banned substances. Provado is still around but I must admit that, like others, I have found it to be less than effective – and expensive!

The break-through came while I was working my way though a collection of partly-used insecticides I found in my wife's greenhouse, amongst which was a bottle of Wilko's Rose & Flower Bug Killer. This proved to be the Corporal Jones solution. Red spider mite and mealy bugs most certainly 'do not like it up 'em'.

Alerted to surfactants I next tried Savona. It was effective but, as another frustrated contributor to this forum pointed out, its efficacy almost guaranteed its withdrawal from the market, which I believe has now happened, or is planned. Remaining stocks are, perhaps inevitably, now blighted with profiteering. What was available just a few months ago for £17 per litre is now fetching nearly £40 per litre but perhaps that's an advantage. It spurred me on to find an alternative.

'Potassium, or Sodium, salts of long-chain fatty acids' are more commonly known as 'soap'. So, I bought a bag of soap flakes – just ordinary soap flakes, not the much dearer horticultural variety. The made-up insecticide it produces costs about 1 or 2p per litre, depending on how much you pay for your water. That's roughly one thirtieth to one fortieth of the cost of Savona, which, incidentally, also suffers from the fact that it stains. Some of your prized white-haired or white-spined cacti may turn yellow. That seems to wear off eventually but I still have a few mammillarias that appear to have misjudged the effect of a bottle of hair dye.

Make an 0.25% solution, or thereabouts, by dissolving 10 grams of soap flakes in hot water and topping-up the resulting solution to 4 litres. That's roughly one ounce in a 12L bucket of water. The exact dilution is not critical but if you add much more soap you will finish up with something resembling a bucket of snot.

Soapy water appears to be lethal to adult RSM and MB. You can use it as a spray or a douche but you will need to reapply it in order to deal with any adults subsequently emerging from unaffected eggs. However, at the price I quoted, you can afford to be generous, even profligate, with the stuff. I sprayed and soaked every one of my 1200 or so plants. If it is cheap enough to dispense by the gallon you won't be tempted to skimp. I suspect that, had I lightly and/or selectively sprayed one of the much more expensive products, I might have observed much less effect than I did. The secret seems to be to hit the lot and hit 'em hard. If you can't see RSM or MB on a plant that does not mean that they are absent. Don't give them the benefit of the doubt or wait a couple of weeks to see whether your assessment was correct.

A handy tip is to save the unusable 'fag-ends' of your old soap bars and pop them into a jar of water. Then, when you want insecticide, you will have a useful 'free' supply to hand!

To deal with root mealy bug, immerse the whole plant, pot and all, into a bucket of soapy water. Leave for no longer than half and hour, then lift out and drain. You may have to repeat this in a week or so but do not overdo it. There appears to be evidence that roots should not come into contact with surfactants too often, irrespective of which, over-watering can be a potent cactus killer in its own right.

If you are of the 'catch 'em and kill 'em' school of natural control, and maintain that the plant bodies and/or roots should not be sprayed or treated, as at least one contributor seems to suggest, then the best of luck. Using tweezers to remove big fat juicy mealy bugs from the body of a cactus is one thing. Catching 'crawlers' or red spider mite in this way is quite another. In any case, if you imagine that picking off everything visible is sufficient then ease your plant from the soil a bit and see what is lurking on the underside of the body. You will often get a nasty surprise, even with ordinary mealy bugs. If you have the root variety then I would be very interested to learn how to eradicate them with a pair of tweezers.
Top

I find mealy bugs the worst pet in succulents but I regularly check my plants and expunge any that I find. In the past I have had Citrus plants in the conservatory which have been wiped out in no time by red spider mite no matter what actions I have taken to get rid of them.
Into all sorts of exotic plants but with only having a conservatory I prefer to buy small young plants and miniature cacti.

Red spider mites are devils due to their persistence. I drown them every day but if I go even one day without spraying the plants with water they come back.

Scale insects seem to have so many life stages that they're a nightmare to identify and keep up with. Their hard shells protect some of the little rotters from insecticides too.

Fungus gnats are annoying but can generally be controlled by withholding water for a while; thankfully not a problem with succulents but difficult with other plants. I have had great success using nematodes on these.

No problems with mealy bug this year, possibly my famous last words. After spider mites dealing with them is like a walk in the park!
Top

mistyhiss wrote:I drown them every day but if I go even one day without spraying the plants with water they come back.

Is that soapy water? I have never managed to kill mites with just water.
Top

Hard scale insects are difficult to get rid of and can do a lot of damage quickly, I found this year 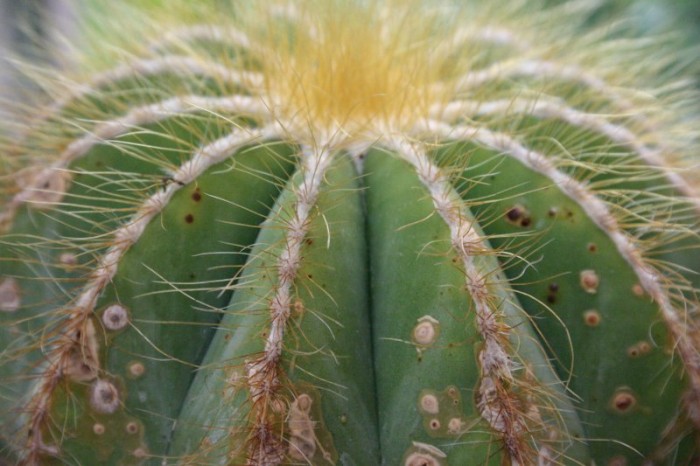 Can I now change my vote to mice? Recently I have found a number of plants nibbled and a couple completely consumed. Set four traps and caught six mice, then got some expanding foam to seal some gaps where the flagstones had subsided slightly below the bottom frame of my greenhouse. No recent signs of mice but the damage had been done 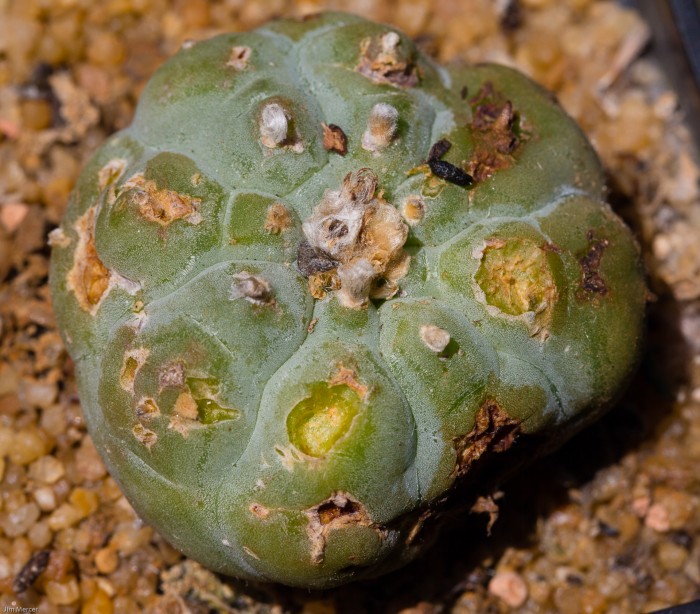 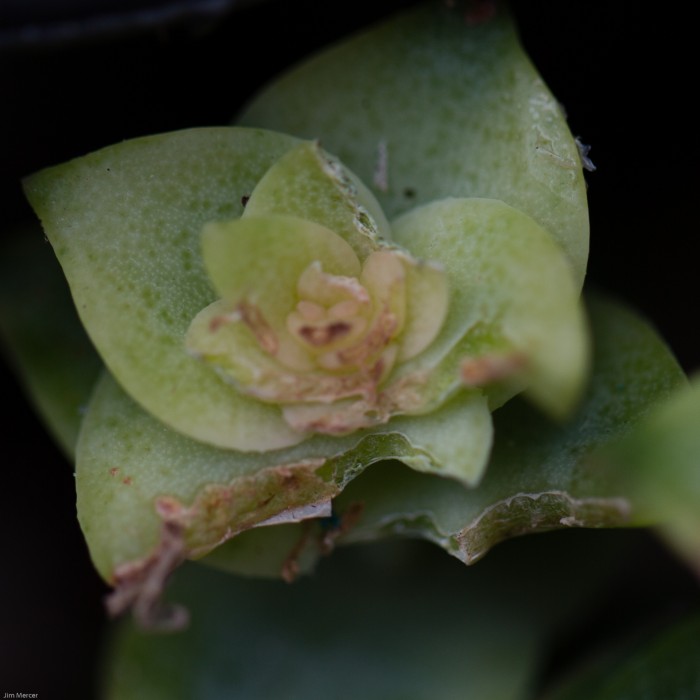 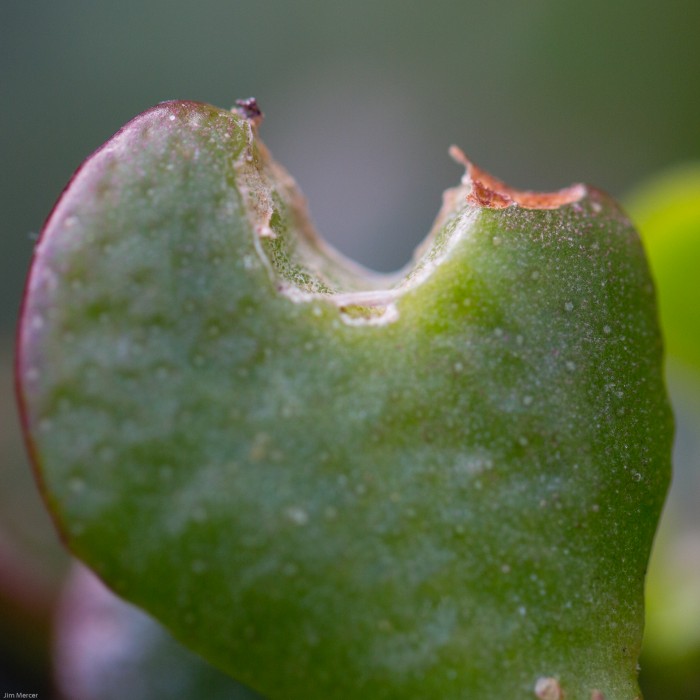 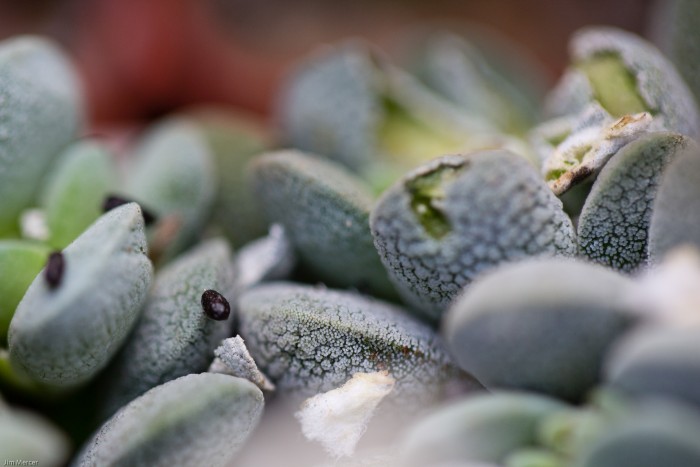 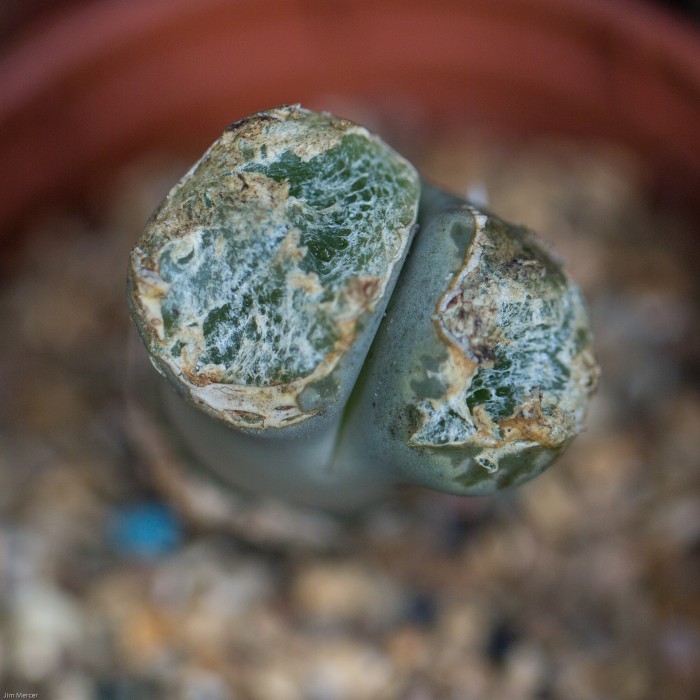 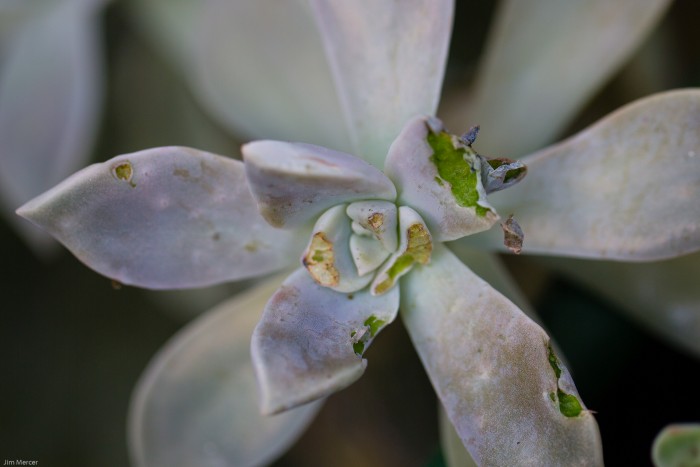 Mice are a continuous problem in my greenhouse, last year I live-trapped about 25 over the summer, which was hard work but stopped any damage. This year I just closed the door and side vents at dusk each day, and had no problems (except on the one night I forgot and they ate a few seedling lithops. Mesemb seedlings, epithelantha fruits and rhododendron flowers seem to be the favourite nocturnal greenhouse snack
Top

I lost a couple of smaller plants to mice a few weeks ago, possibly my own fault as I delayed putting down poison blocks which I usually do when the plants relocate to winter quarters. I've tried various traps but they never seem to truly clear the problem unlike poison. Quite satisfying to check on the plants the morning after putting poison out to see the blocks half destroyed. Within a couple of days the blocks stop being touched and neither are the plants

Something I did notice is that they generally go for soft bodied or easier to get to plants like small mamms, succulents and less spiny eriosyce, which are usually ruined or gone. They have also tried a bite or two from my biggest loph and they don't like that one, it will have literally one or maybe two small bites and nothing more. I guess the alkaloids must taste bitter and probably give them a night they'd rather forget.
Top

Just bought a new 1 litre spray pack of Provado and I'm not happy!
Active ingredient "deltamethrin 0.0075g/l" - formerly "0.15g/l thiacloprid".
"Gives up to 2 weeks control" - formerly "keeps working for up to 4-6 weeks"
But the killer is that Mealy Bug is neither mentioned nor appears on the packaging.
Yet Bayer and the retailers see fit to charge us more for an inferior product.
If I'm denied means to control mealies I might as well give up on my echeverias and other succulents.

Do you professionals on here still have access to effective products and if so how do I register as a grower?

Yours, with foreboding,
Roger F
Top

I noticed that it's been changed to deltamethrin and they stopped listing mealies also, which I presumed meant that it probably isn't reliable against them. However I did get something else, bug clear I think, which has acetamiprid and does list mealies. As it would be a new insecticide for my collection I'm hoping it will work well, my main problem this year is root mealies. I've had two trays of plants infested and I think I've traced the originally infected plants back to a few that I got from a uk nursery that seems to have some dutch grown plants for sale. Never had a problem from other uk nurseries.
Top
Post Reply
155 posts