Yes I removed the ‘old fart’ bit too when I put it in eNews. However, that write up was supplied by the speaker himself, and being an American (ie international) I guess he thought that folks would know the meaning!
Top

Was it Graham’s talk someone asked if you could graft on to pereskiopsis? I think it was Andrew that asked.

And their other image

The question was "can one graft seedlings onto Pereskia in the same way as you can graft them on to Pereskiopsis?" The speaker seemed to indicate that there was some hollowness in the stems of Pereskia which made it unsuitable for this purpose.
Top

Ah ok, sorry my mistake, I saw the picture and thought it looked like a twig and jumped to the conclusion it was the old type of cactus. I’ve only really seen grafting into thicker stock before. Thank you for the correction.
Plant sales: www.CentralSucculents.etsy.com
Instagram: www.instagram.com/CentralSucculents
Reddit: www.reddit.com/u/CentralSucculents 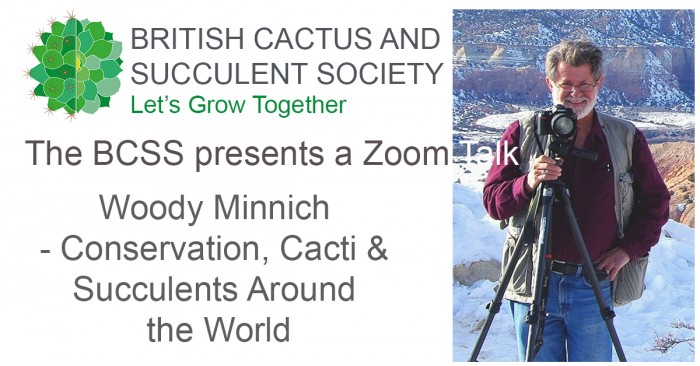 Never has there been a time when conservation of our cacti and other succulents has been more urgent! Due to many factors, our precious succulents, as well as many other plants and animals, are now facing severe problems. When traveling around the world in succulent rich regions, I have observed an amazing increase in the devastation of habitats and the illegal removal of many rare and endangered species of cacti, succulents, and other plants and animals. Not only are we losing these very special and unique plants, sadly enough, we are aggressively destroying many valuable and irreplaceable habitats. Our desires to urbanize and agriculturally develop great numbers of virgin environments have only produced severe ecosystem imbalances, thus the extinction, at a most rapid rate, of many of the world’s most beautiful and fascinating plants and animals.

There are many cacti and other succulents that are becoming very valuable to the collector’s egos and appetites. Generally, these plants and animals are those that we have a difficult time producing in the nursery. Due to their rarity in cultivation, they often demand high dollars in the trade. Also, because many of these special species take extremely long periods of time (10s to 100s of years) to develop their wonderful character, it is not commercially feasible for growers or breeders to produce them. The unscrupulous collector will often spend huge sums of money to get these unique and rare specimens. And with the demand and dollars being high, it has become more and more common for commercial collectors to find ways to acquire these special plants and animals. Now, with the internet being a very popular method of acquiring merchandise, our rare and endangered cacti and other succulents are being sold internationally with very little, if any, controls being enforced.

The countries that are most affected with cactus and succulent problems are: Brazil, Bolivia, Chile, Kenya, Madagascar, Mexico, Namibia, Socotra, Somalia, South Africa, Peru, and the United States. All of these countries have well intended conservation programs, but most do not have the funds available to properly enforce their laws or monitor their endemic species. In this presentation you will see many of the cacti and other succulents that are considered threatened or endangered, and what has happened to place them in this perilous position.

Although, it may appear as if there are many difficult problems on the horizon, we shouldn’t give up! It is really encouraging to know, there are many positive things we can all do to help resolve our current plant and animal issues. A few simple efforts we can make are: do not buy field collected plants or animals, support the artificial propagation of rare or endangered species, support our nurseries who produce artificially grown material, modify our current international treaties to become modern, demonstrate our appreciation for artificially produced plants, and help our enforcement agencies to better stop illegal collecting and the sale of wild grown plants.

Our world is getting smaller and smaller, and as our human population continues to increase, we ALL need to do our part to help protect our amazing world of plants, animals, and habitats. Conservation is not a spectator sport. Please speak out when and where you can, as the future generations of all things depend on us.

Woody, as he is commonly known, grew up in the Mojave Desert and has had an attraction to desert plants and animals since the early 1950’s. He has been involved with the cactus and succulent world as a grower, field explorer, club and organization leader, writer, photographer, lecturer and presenter.

Having been a speaker all over the world, Woody is most often associated with giving presentations on his field work from the places he has traveled, such as: Argentina, Australia, Bolivia, Brazil, Chile, Madagascar, Mexico, Namibia, New Zealand, Peru, Socotra, South Africa, the United States and Yemen. He is also recognized for having operated the nursery Cactus Data Plants since 1975. Woody’s show quality plants were often considered one of the standards for staging and horticultural achievement. His favorite genera include: Adenium, Ariocarpus, Astrophytum, Copiapoa, Cyphostemma, Fouquieria, Gymnocalycium, Lithops, Mammillaria, Melocactus, Pachypodium, Turbinicarpus, Uebelmannia, and Pachycauls in general.

He has published numerous articles and reviews in various journals (CSSA) and his photography is featured in many books including; “The Copiapoa” by Schulz, “The Mammillaria Handbook” by Pilbeam, “The Cactus Lexicon” By Hunt and Charles, as well as many others. As of November 2017, he is featured as the primary photographer in the new, sold out book “The Xerophile.” This book specializes in what the authors call, The Obsessed Field workers from around the world. He is also featured in electronic articles about conservation from “MNN Mother Nature Network” and “The Guardian Newspaper.”

Woody and his wife, Kathy, live in Cedar Grove, New Mexico. He is a retired secondary school teacher of 32 years where he taught Graphics, Art and Architecture. In the cactus and succulent hobby, Woody is recognized for his high energy and creative spirit. As an educator, he has become an important part of the hobby and thus is an honorary life member of twelve C&S societies. With 51 years in the hobby and 64 years in the field, he has many experiences to share and numerous photos to show.
Phil Crewe, BCSS 38143. Mostly S. American cacti, esp. Lobivia, Sulcorebutia and little Opuntia
Top

Woody was great, and I'm looking forward to the next one too. I have plastered Reddit with notifications for it and there are 232 users joined the BCSS subreddit/page now since the start of the year.
Plant sales: www.CentralSucculents.etsy.com
Instagram: www.instagram.com/CentralSucculents
Reddit: www.reddit.com/u/CentralSucculents

All my plants are kept indoors and I started collecting in August 2018. Favourites are Pachyphytum, Echeveria, Haworthia, Mesembs and oddball Cacti.
Top
Post Reply
275 posts