I noticed the main stem of my Apteranthes (Caralluma) joannis had just that day hit the tray beneath and thought I should do something about it. Two days later I saw that a small branch had started a little way back up the stem. I got round to taking pictures two days after that. By then the new branch was quite advanced and many others were clearly starting along the final 6cm of the stem. The growing point was not damaged at all, just cramped and growing horizontally. 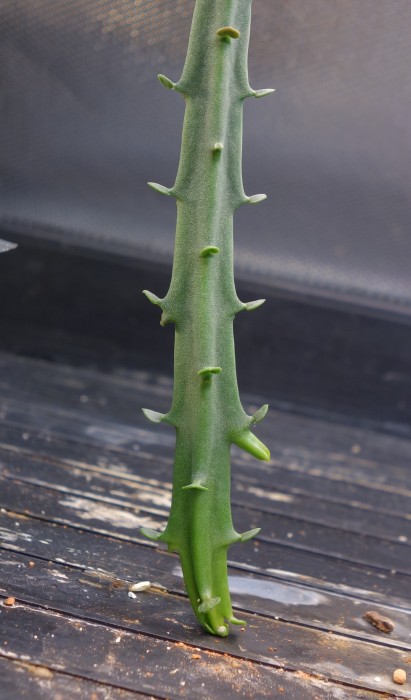 The main stem was clearly still growing as most of it had been perfectly vertical before and now has an S-shape. That stem has 46cm of height between the first curve down and the tray. I had hoped that reducing the light to 11 hours and ten minutes would provoke it to flower before it hit the tray. 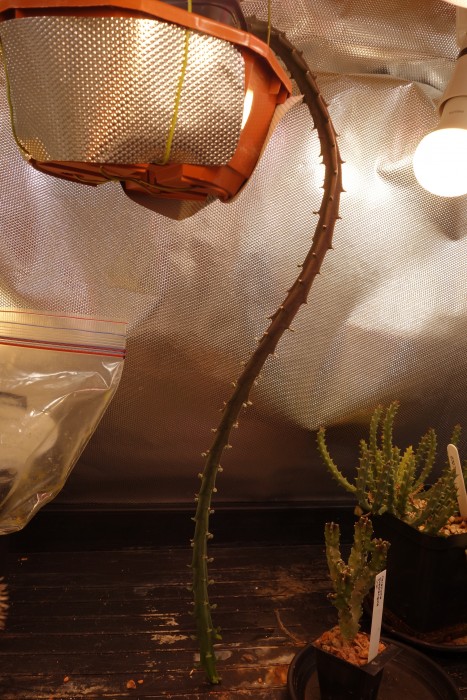 I think these are interesting adaptations for a plant that dangles off cliffs. Almost instantly branching when it encounters an obstacle, but still growing down in the hope that some wind might dislodge it and allow it to continue down.

The younger main stem has decided to add variety by growing up, away from the lights. Are they negatively phototropic (growing away from light)? 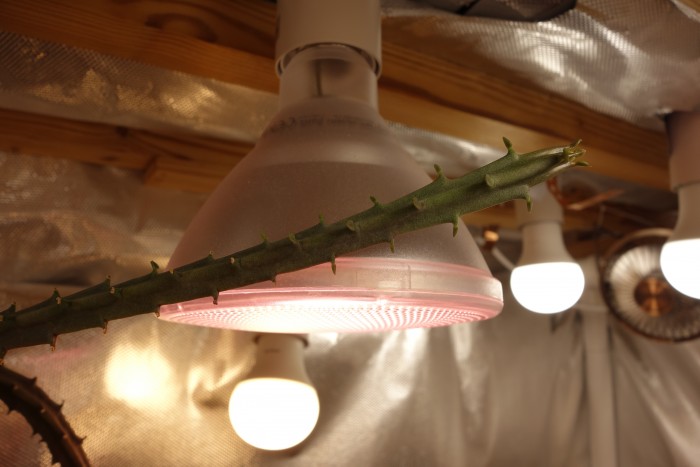