Given the dryness I was surprised to see how well the Copiapoa atacamensis growing near the Copiapoa solaris looked compared to them, until I read that C. atacamensis is tuberous rooted so has an underground water store to last it through the dryer periods, which C. solaris does not. It also seems to usually grow in the shelter of rocks, which may be more of a moisture trap, which C. solaris does not. Copiapoa atacamensis is the most northerly of the Copiapoa's, Botija being at the southern end of its range and Cerro Moreno at the northern end. 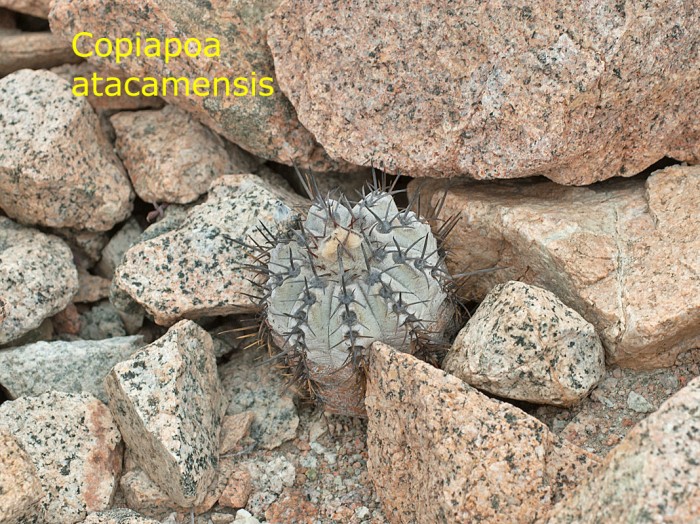 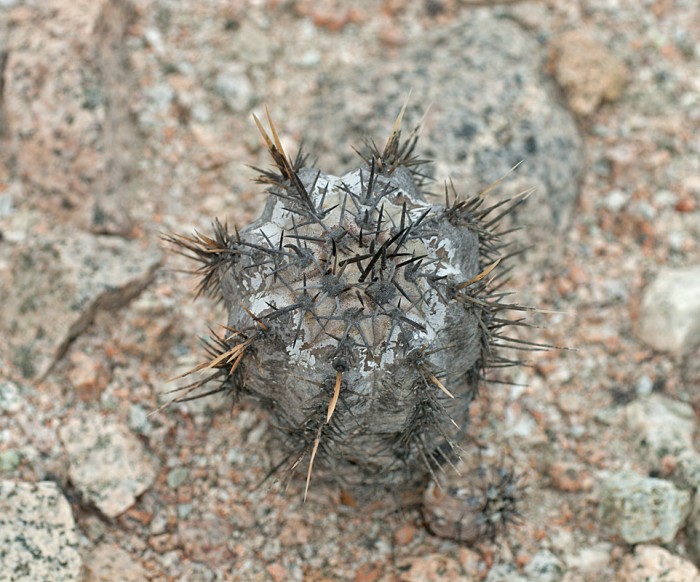 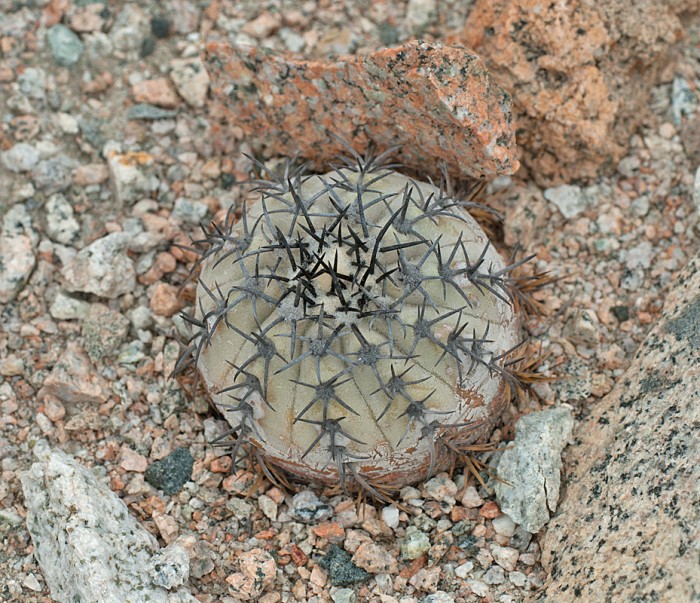 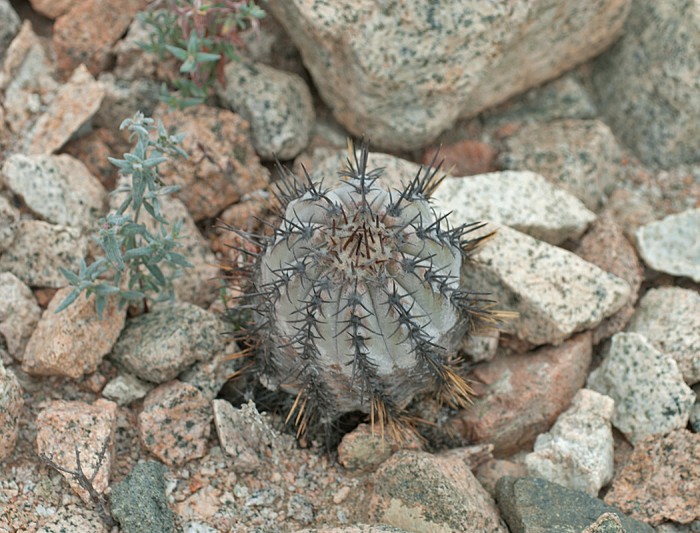 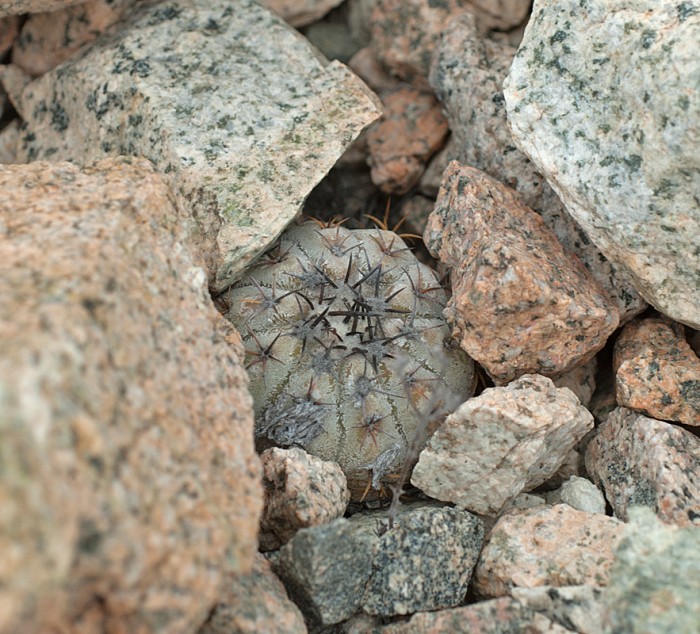 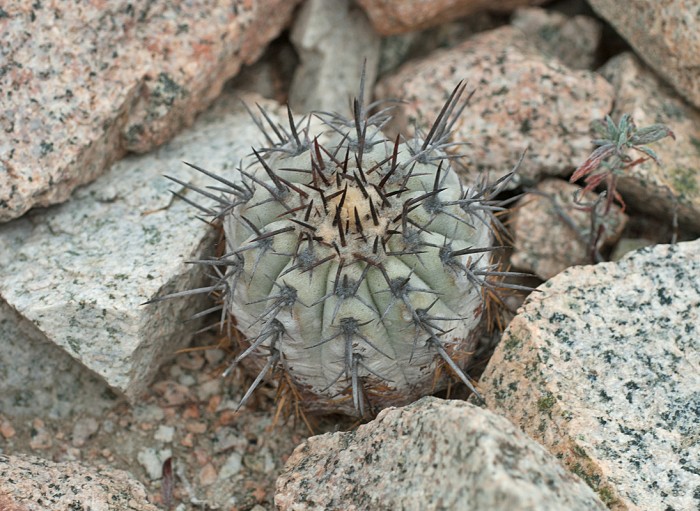 I am now at the end of my second set of processed images. We travelled back much quicker south to get to Santiago in time for our flight, although visiting another 18 localities on the 6 day journey back that we had not previously visited on our journey north. If there is still any interest left in further images I am afraid you will have to wait until I process them.
Nottingham Branch BCSS. Joined the then NCSS in 1961, Membership number 11944. Cactus only collection.
Top

I am still following your journey Dave and look forward to seeing the return leg of your trip, please do add more photographs as and when time permits.
Regards Keith.

It was hard to know without any significant feedback Keith whether people had seen too many Eriosyce and Copiapoa's. If so it was pointless processing the rest and I could have conveniently ended it there at Botija, the furthest north we got.

As I took 1500 images on the trip (I can get 1400 images on a single card in the camera and took two similar cards, but only used one of the larger cards plus another small one I had) there are around another 300 images to go through from Botija back to Santiago, not all of which are worth posting and obviously including some duplicates. I may be able to post them in batches as I process them, rather than process them all first. However as I shoot RAW rather than in camera JPEG's I prefer to crop and adjust and sharpen them individually rather than batch process so it will take a little while.

Keith H wrote:I am still following your journey Dave and look forward to seeing the return leg of your trip, please do add more photographs as and when time permits.

I totally agree, but where are all the small opuntias, Dave

Me too, I've found i very interesting. I may have to go there myself f I can interest one of my regular travel buddies.
BCSS no.33806

"but where are all the small Opuntias, Dave"

I did not take many pictures since to me they all seemed to be the same species as we went from Santiago in the south to Botija in the north of Chile. They were quite plentiful in some areas, but in others where the other cacti grew I did not see any. No doubt Roger avoided areas where they grew since he sometimes walked about in shorts and open toed sandals instead of walking boots. 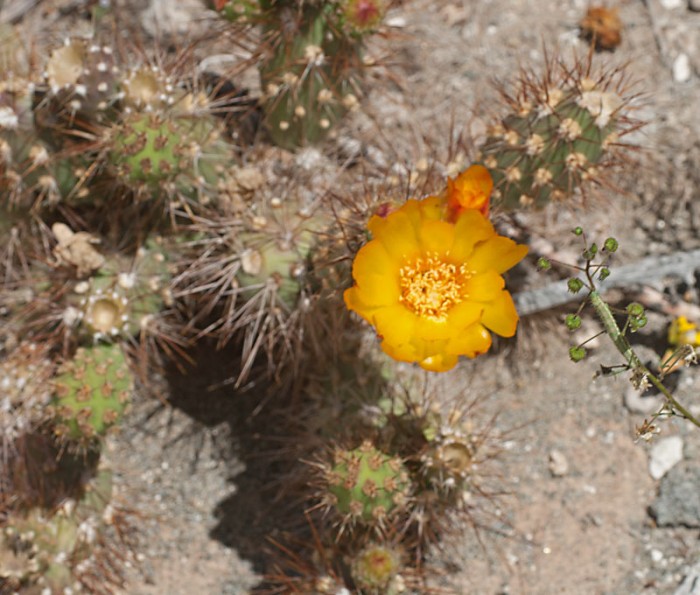 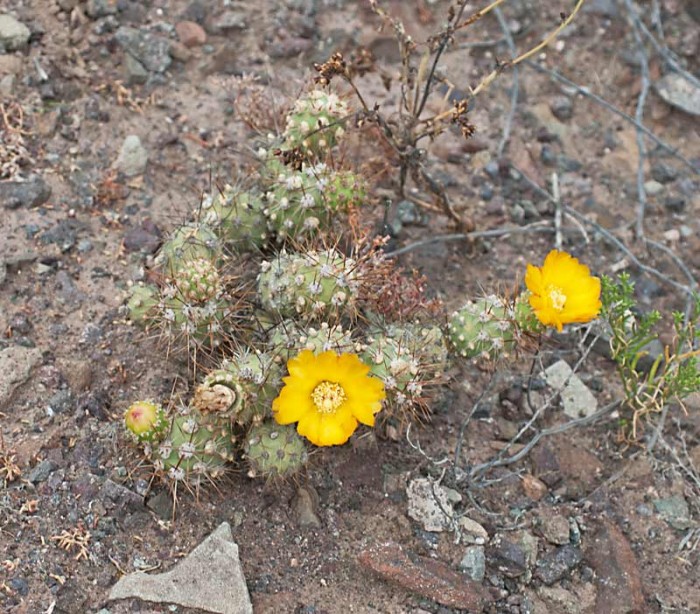 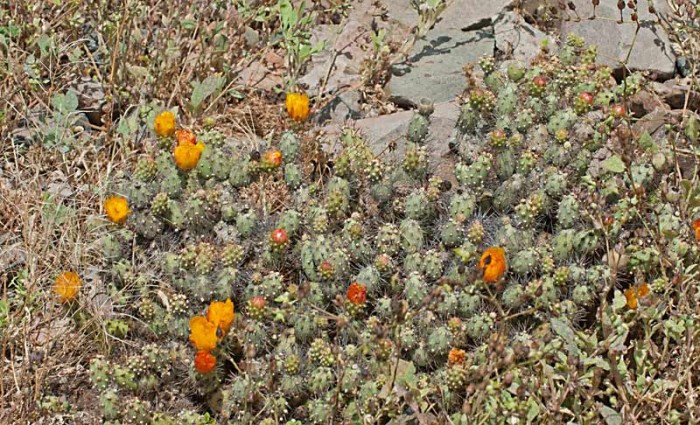 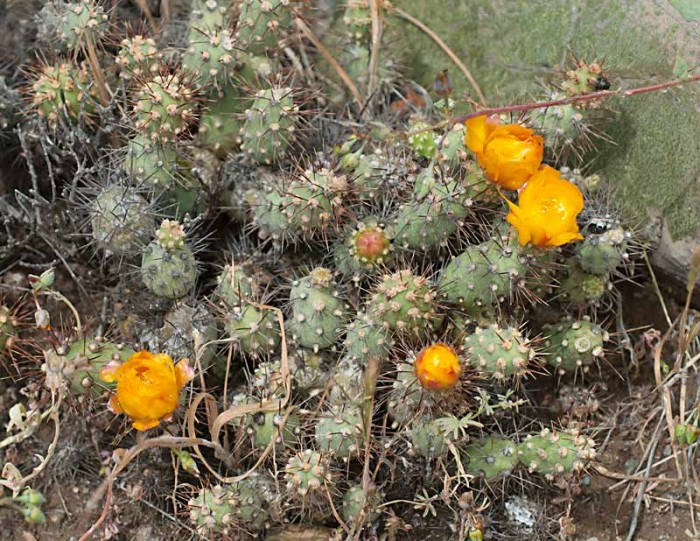 It helps Nick if you go with somebody who knows the localities like Roger who has been to Chile around 14 times. Some like the big Copiapoa's can be obvious from the road, but even with many of these you need to know where to go to find them in the first place. Locality names are often just the nearest place having that name and can be kilometres away from where the actual site is, even if you read Ritter's books etc for the locality.

As to Thelocephala's, as said it was an exceptionally wet year and normally most up north are buried, therefore you really need to know the locations where they should be in order to find them and often if they are all back underground you cannot find them anyway. We went to one site for Thelocephala's and Roger said "they are here somewhere" as he had found them before, but we could not find them this time since no doubt they were all underground again, it not having been so wet there. Flowering time is the best to discover them.

If I had been going without anybody who knew the localities I would have seen only a fraction of those I have illustrated. Roger took us from one site having cacti to another with virtually no duds. If I went on my own again I would not be able to re-find most of the localities anyway, the names are where I was told we were even though many of the names themselves were well known to me as Ritter's localities.

The people in the UK who probably know where most of the Chilean cacti are would be Roger Ferryman, Graham Charles, Brendan Burke and Paul Klaassen and no doubt some on the Continent.

Edit:- I should have added to the list people like Paul Hoxey or Brian Bates who have a good knowledge of where the Chilean plants grow and are the ones to tag along with if you can. However Nick don't let me put you off going without somebody who has been before, even though you are likely to see more plants if you do.

The Chileans are very friendly and as we were walking along the street in Vicuna a pickup truck pulled up and the driver shouted "You English?" we said yes and he said "from London?", evidently London is the only place they know in the UK and when we said we were from England he said "Welcome to Chile" and drove on. How he knew we were English and not Americans I do not know, unless it was we were not wearing Stetson's and actually walking, as I gather Americans don't walk unless they have to.

Another thing you will often notice in the small towns if there is no zebra crossing and you are standing at the side of the road, the cars actually stop and wave you across, you don't get that in the UK.
Nottingham Branch BCSS. Joined the then NCSS in 1961, Membership number 11944. Cactus only collection.
Top

Thanks for this interesting travelogue Dave.

It's nice to make sense of some names/descriptions and see the plants in situ.
Keep it coming if you have more.
Wirral (Chester and District branch) - Collection mostly South American cacti.
Top

I am afraid you will now get the images from the sites as I process them, so apologies for any delays. You may get a better image if you double click on pictures to enlarge since they are sized for projection rather than the web.

We have now turned around to return south and get back to Santiago for our flight home on 4/11/15. Though returning south far quicker than we came north we are visiting some of the sites we missed on the way back.

"As one travels north along the coast road from Taltal to Paposo, the spines of Copiapoa cinerea change colour, becoming first white (var. albispina) and then golden near Paposo. The apical wool also varies from grey in the south to orange-brown in the north, with a mixture in the areas between. The golden spined plants with orange-brown apical wool from north of Paposo were named C. haseltoniana by Backeberg in 1956 and reduced to a variety of C. cinerea by Taylor in 1981."

Graham goes on to say:-

"The plants in this region are very variable and plants showing different mixtures of characteristics can be found in a small area."

We too saw some variation in the area, with spination varying in the same population. 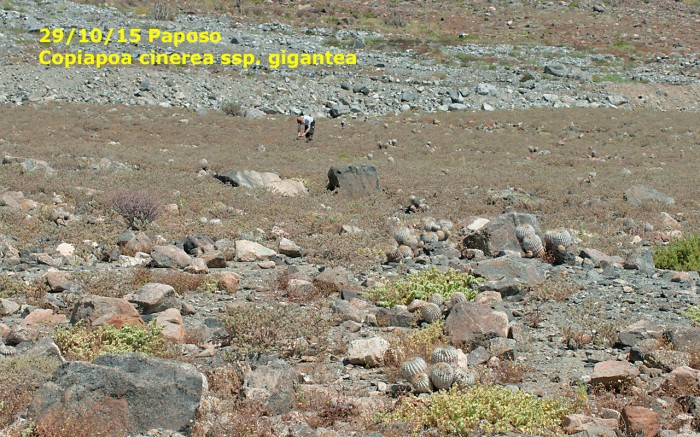 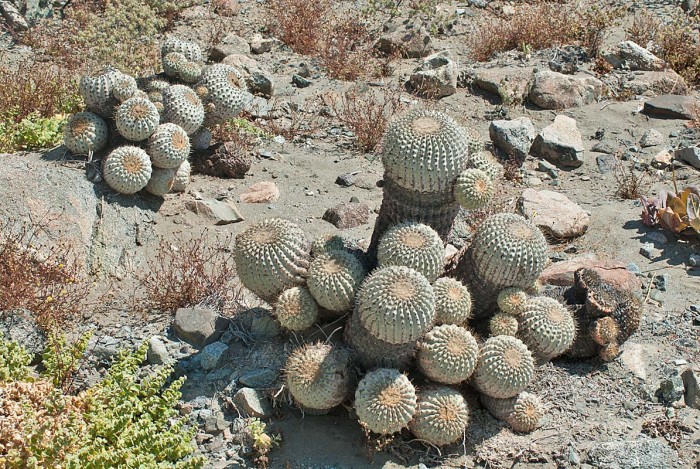 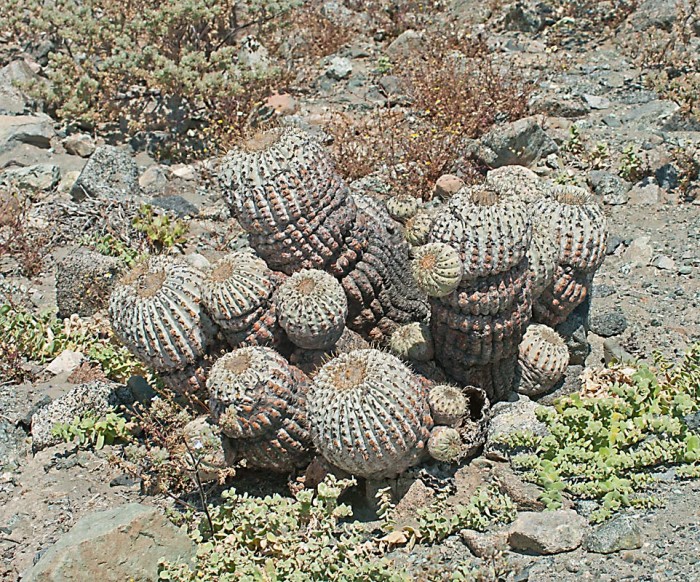 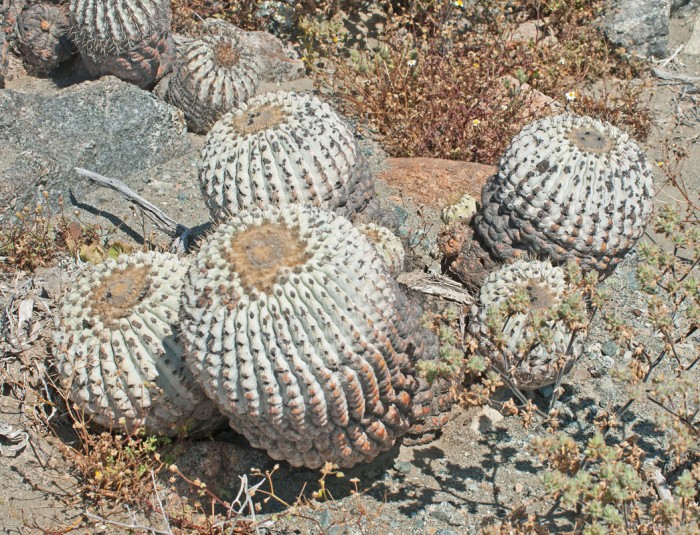 Some of the plants in the same population had longer spines. 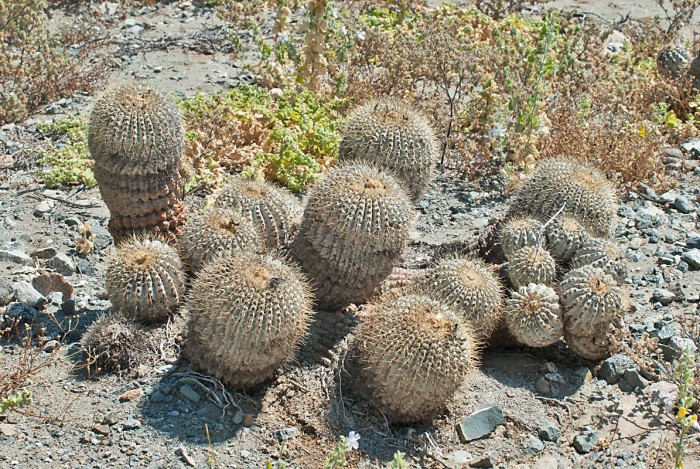 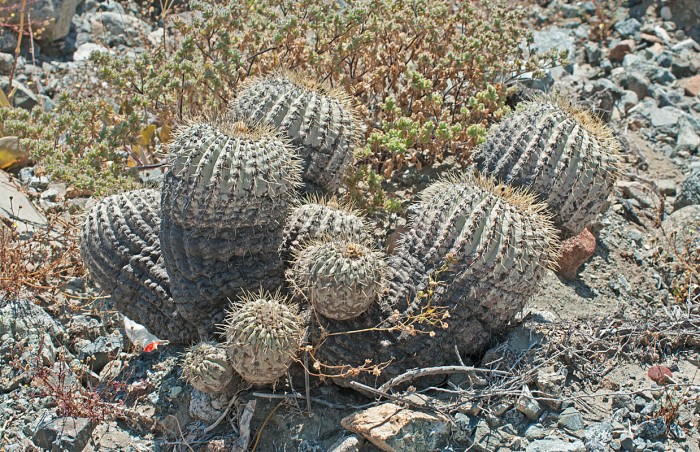 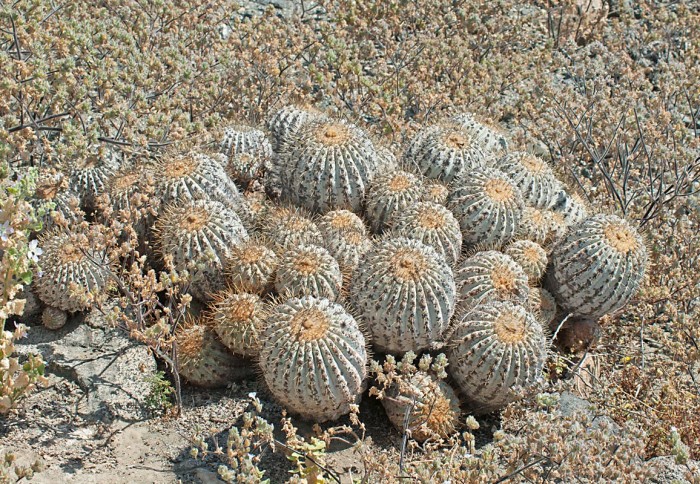 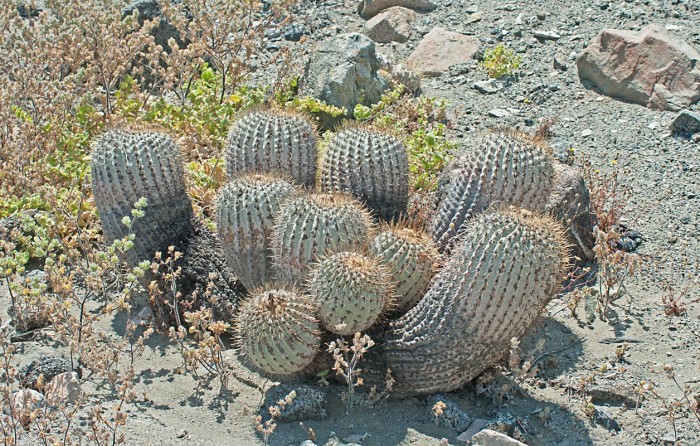 There was even a cristate, which against my better judgement I included in the picture since I was told some people actually grow such things! 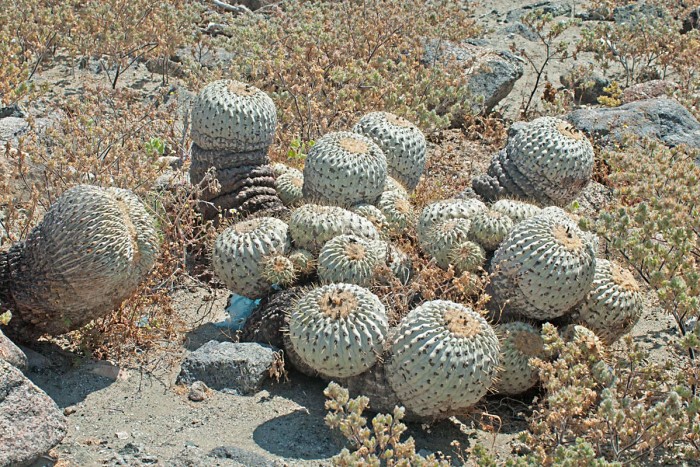 Moving on a little further we came across these growing on rocks, rather than flat sandy/stony land, which looked rather different, but Roger says they are simply a Copiapoa gigantea or Copiapoa haseltoniana form, and Wikipedia seems to show something similar under that name. 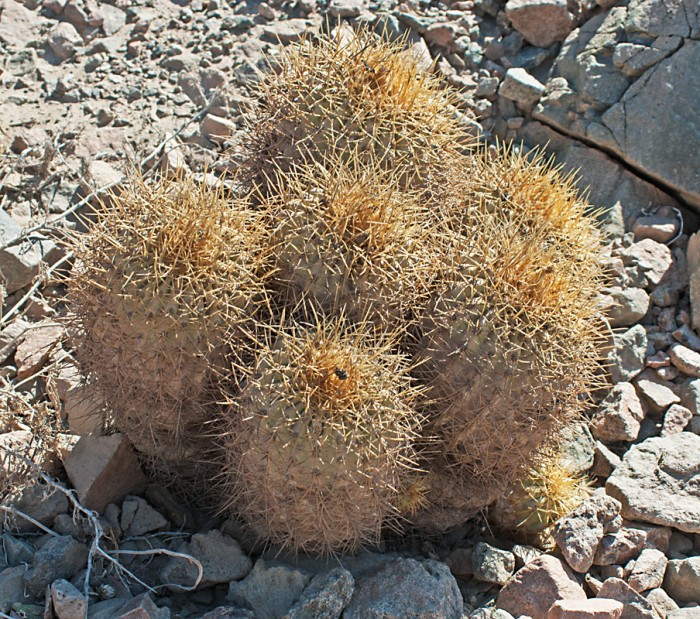 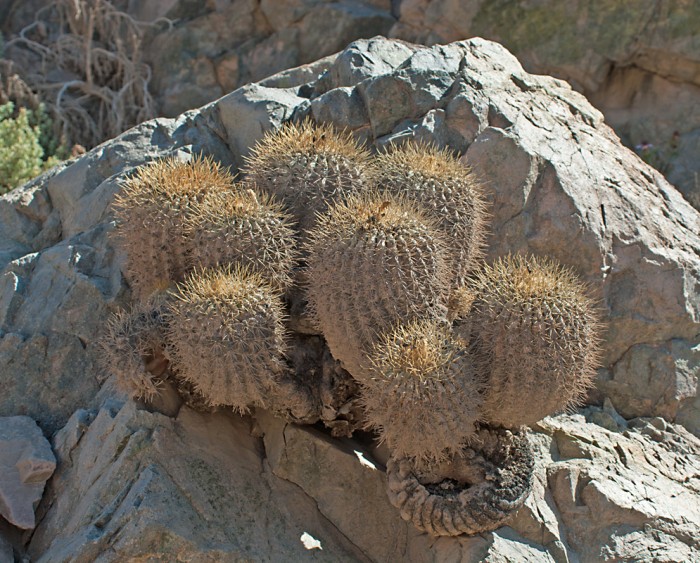 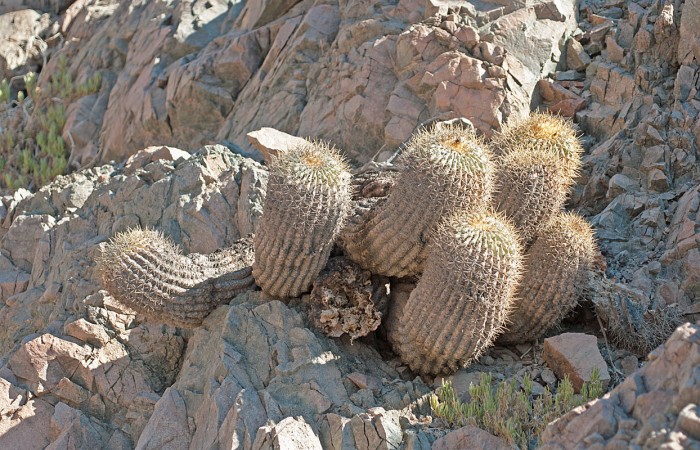 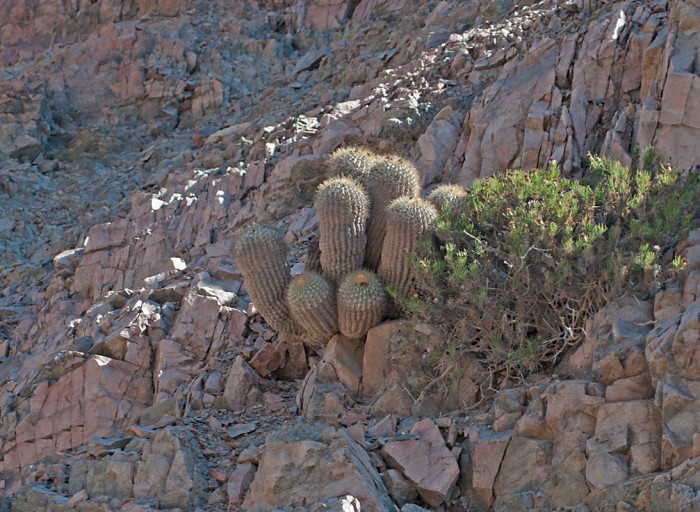 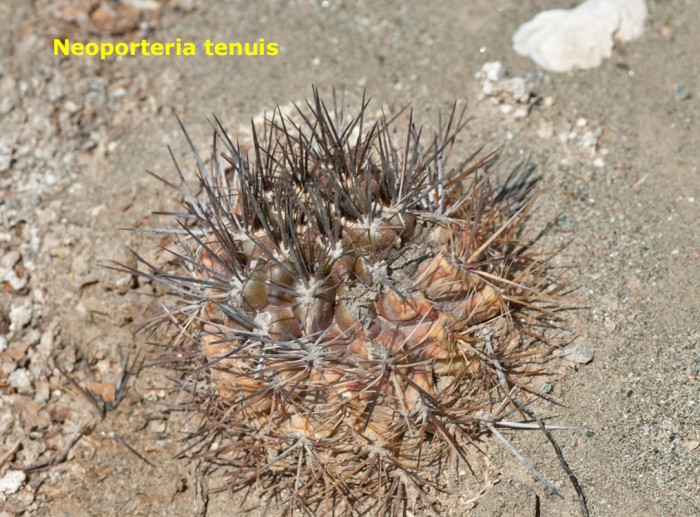 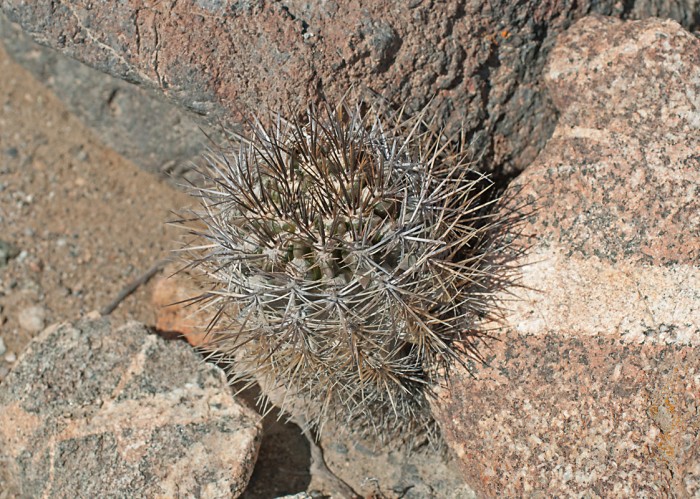 Not sure if this is tenuis or a sunburnt paucicostata? 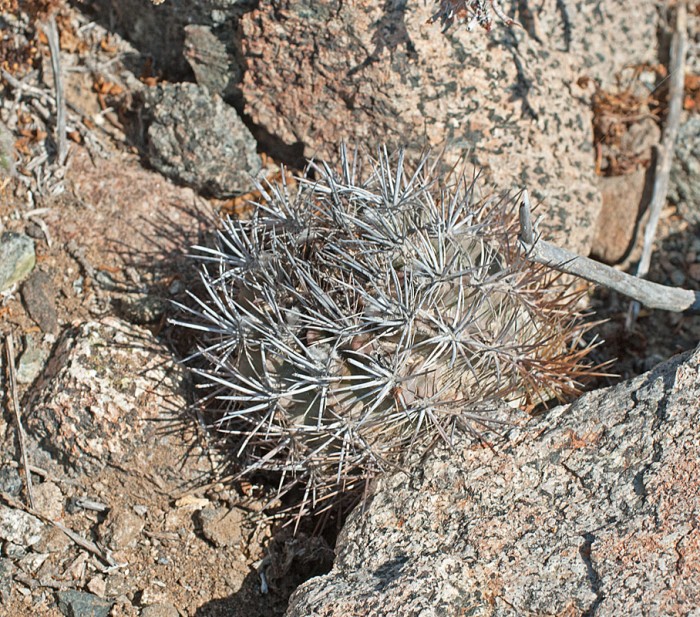 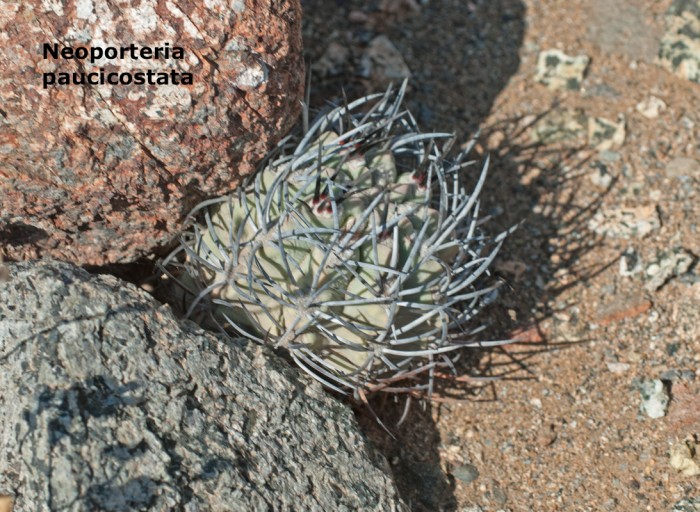 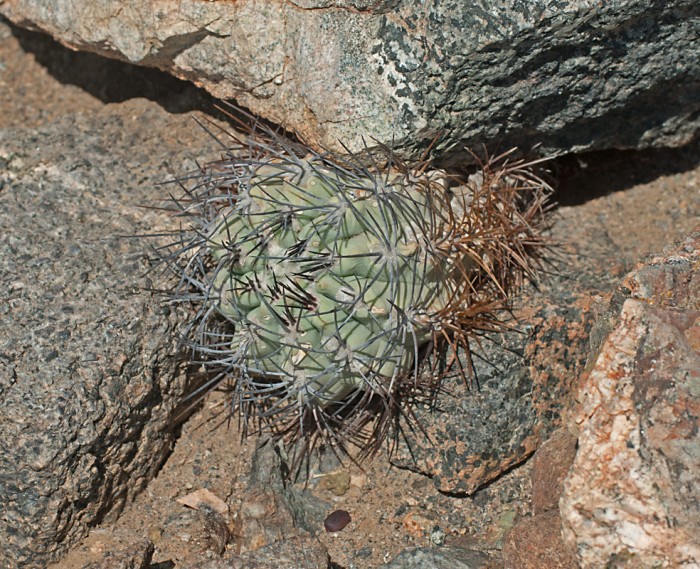