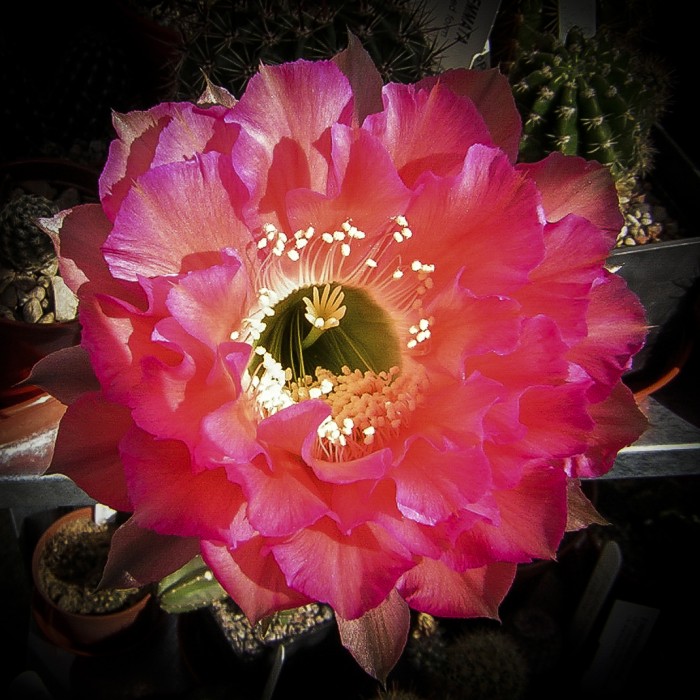 Was it a crush, love affair, lust, or downright naivety? Couldn’t be easier, could it? Just grow a few different species of Echinopsis, harvest the pollen, cross-fertilise a few plants, and collect the seeds. Then I’d see my own versions of those amazing flowers and plants in which I’d fallen hopelessly in love. Smitten? Certainly.
I’d bought an expensive hybrid because the flower upon it, was, the most wonderful I’d seen, but then only a couple of weeks into a new hobby, I was hooked literally and metaphorically. Then the subterfuge set in. I had to visit the nursery, often, and find excuses for the car veering to the left every time we passed the end of the lane. Every species of the genus had to be collected. Nothing flowered. But then it was the end of the growing season; I should have expected no less, nor more.
The new season began and ancistrophora flowered, producing a bloom the size of a dinner plate; the passion was re-ignited. Gemmata was her immediate neighbour, and a bud began to swell. Oh! the pain of waiting; and the commencement of disappointment. This bud was pink, with the flush deepening every dawn as the bulge enlarged. Could this be true? Surely not so. She should be pure virginally white. Her status needed to be checked.
A polite electronic communication to the breeder followed. A little learning became of use in my time of need and anxiety. All offspring of the “offset” variety flower synchronously. I hoped for a positive outcome. She must have a name.
After the reply, a visit to the nursery was a necessity.
“We thought you might be annoyed.”
“Why’s that? I enquired.
“You hadn’t got the plant you thought you had.”
Ah no, that is true. What I had though, was a named and more expensive hybrid, and more so, a plant with amazing coloured flowers. Saddened? No, even more hopelessly besotted.
Attempting to grow Aeoniums, Aylostera, Echinocereus, Echinopsis, Gymnocalycium, Lithops, Matucana, Rebutia, and Sulcorebutia.
Currently being wooed by Haworthia, and attempting hybridisation.
Top

Thanks to all four participants in what was obviously a very challenging competition this time. The decision has been difficult as all four entries had significant merit (even if Chris L's was a little off the wall!). On balance I think Juster narrowly comes out the winner with her multi-generational story and fine plant. Over to you for August, Juster.
Rod Smith

The plant is one of the oldest in my collection.

Here is the story behind the book.
.
. 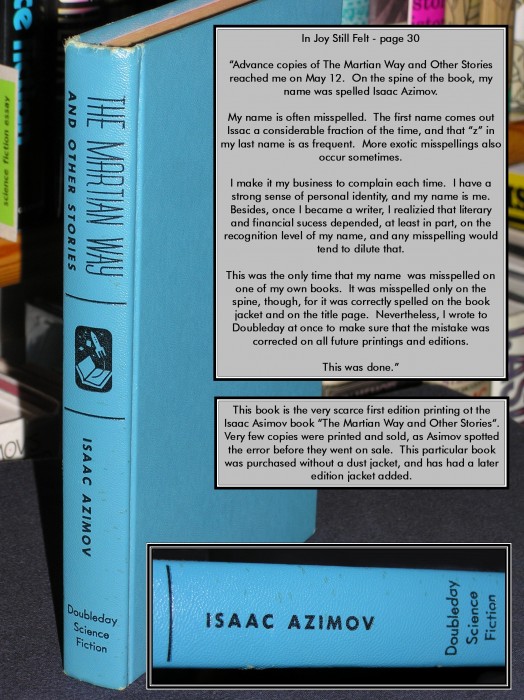 Thanks, Chris. Very interesting background info. Had I known this when judging the competition my decision might have been different.