...but as they have a good homing instinct, they'll make their way back again. See here

My thinking is there is always going to be a certain snail population density.

If I kill the snails then all that will happen is that the snails in surrounding areas will breed more to fill the lower population density in my area.

If I lob a snail away from where it was living, then it will land near other snails causing that area to have a higher population density, so the snails there will have less to eat and will breed less, therefore actually helping my neighbour.

For me, snails don't do too much damage to my plants - so I adopt a bit of live and let live attitude.

You should mark the shells with tipex before re homing them then keep a lookout for their return.

Isn't that a form of discrimination, now frowned upon by current society? 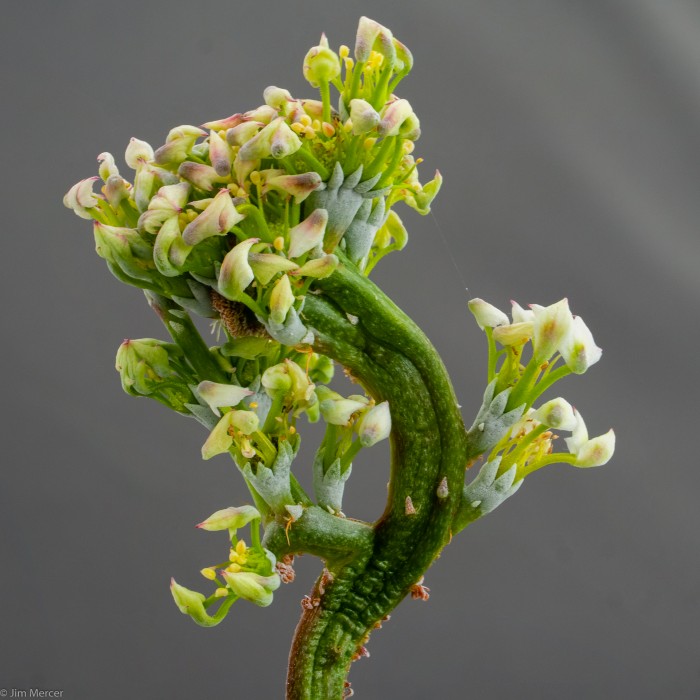 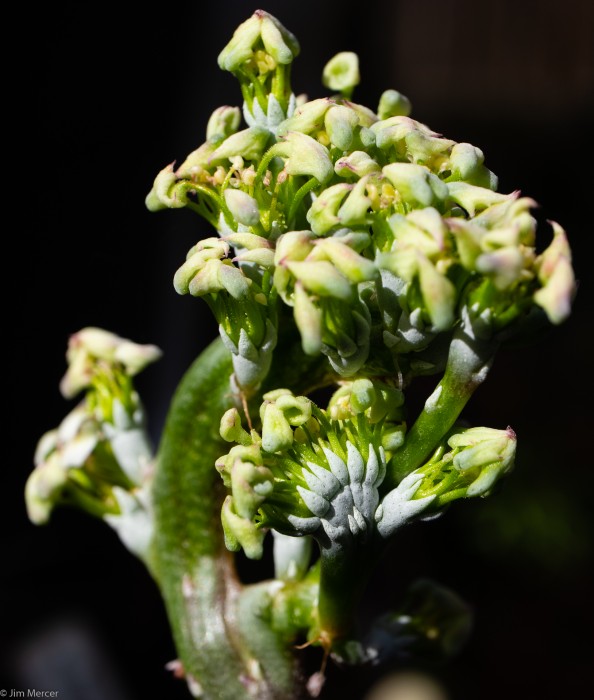 Here's a selection of plants that were subjected to a 12 month storage period in the dark. Most of them survived but these photos are some of plants that attempted to grow in the dark or shrunk into the substrate. 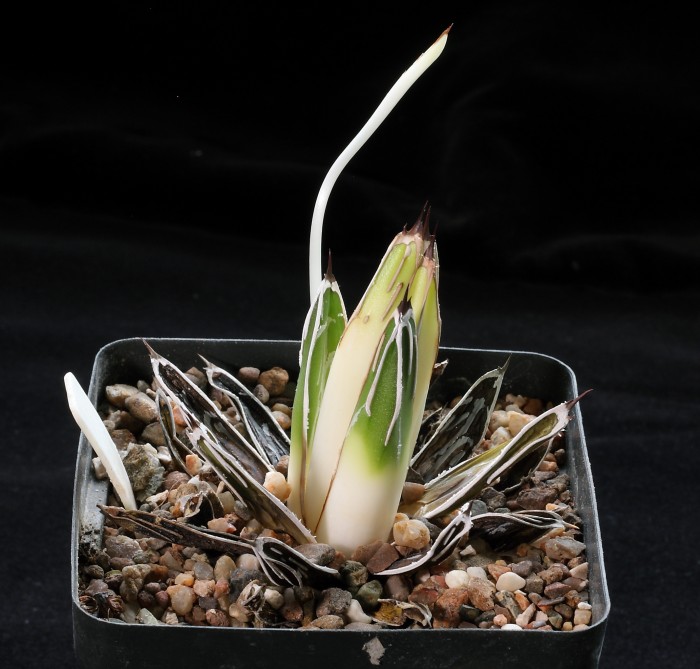 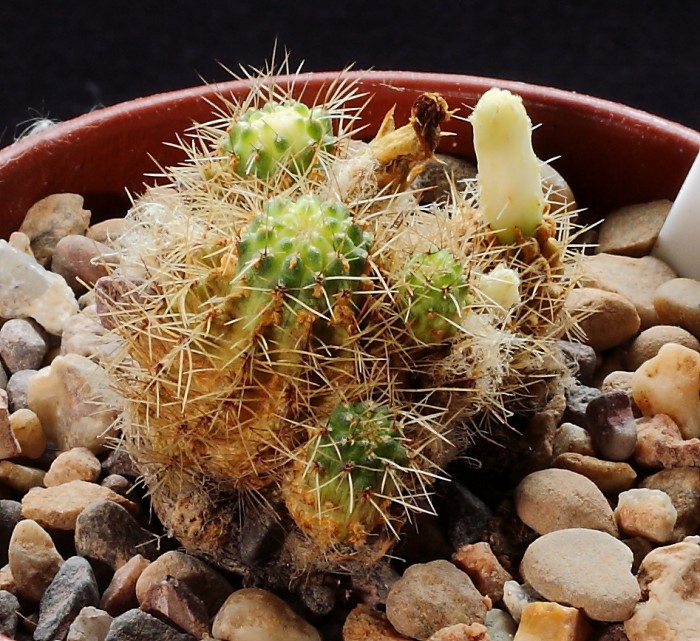 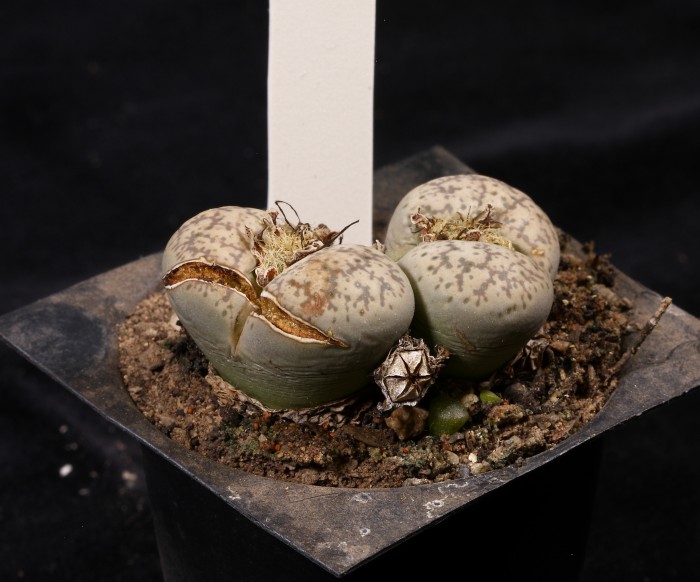 This gymno has almost disappeared 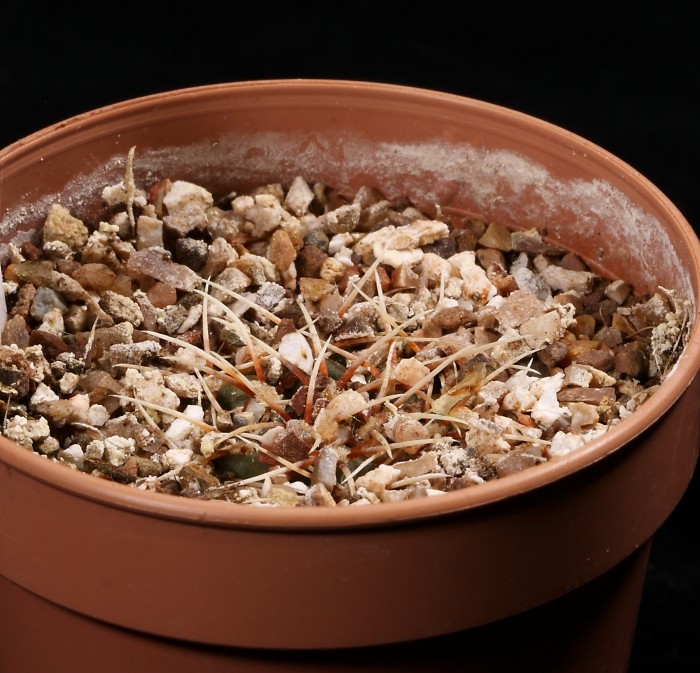 One of my lophophora seedlings going monstrose. 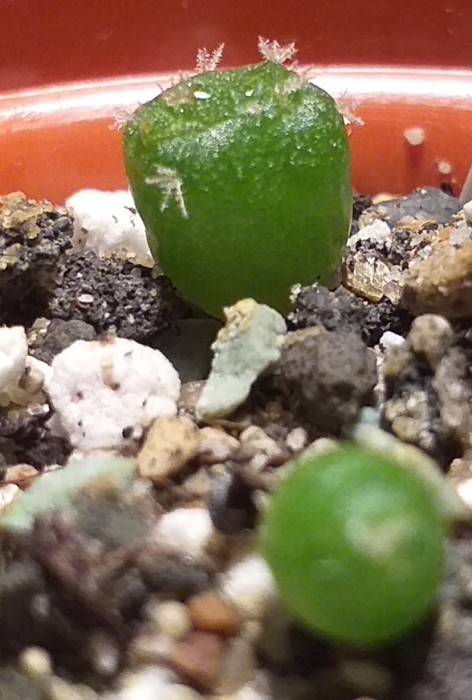 I was hoping for a more extensive portfolio from which to choose, but choose I must from those presented.
I was hoping for more monstrose plants showing "normal behaviour" and normal plants becoming monstrose; and the same for cristates; but not to be. And what about varigation? And plants showing the "wrong" flower colour? All part of the richness within our hobby. There have been some truly amazing images posted on the WHOLE forum as I've researched it; I hoped that some of these may have surfaced again.
So from the images in this month's entries.
The snail enjoying the peace and quiet and feasting at ChrisL's GH, told a story; was sharp, defined and to the point.
Jim_Mercer gave us two delightful images of Adromischus; both images had implied movement in the "S" shape of the flower stalks. The background of the first image didn't separate the flower as well as the second image - but the second image was a tad too much out of focus for my taste (I know Jim has been trying Focus Stacking)
The background of Rod Smith's Agave set the plant off well and I liked the story in the Rebutia.
I think the foreground Lophophora in Henry's picture was too blurred - cropped out, the image becomes more satisfactory.
So for my choice - I don't think there's anything in the rules to exclude it - so the re-used snail picture from ChrisL is my winner --- over to you Chris.
Attempting to grow Aeoniums, Aylostera, Echinocereus, Echinopsis, Gymnocalycium, Lithops, Matucana, Rebutia, and Sulcorebutia.
Currently being wooed by Haworthia, and attempting hybridisation.
Top
Post Reply
17 posts