Hi All
Stuart mentioned HOT! This summer has been a challenge. Temps peaked at 117°F , 47°C . Many nights they never dropped under 90°f . Humidity was also higher than normal 30% to 45% so days. This went on for 3 months straight. 6 months ago in anticipation I did try a small evaporation cooler. I lost a few plants after a week to rot. Cooler was tossed. A 18" box fan did nothing to keep the air moving. I installed a 12" fan just above the door and that helped a little. 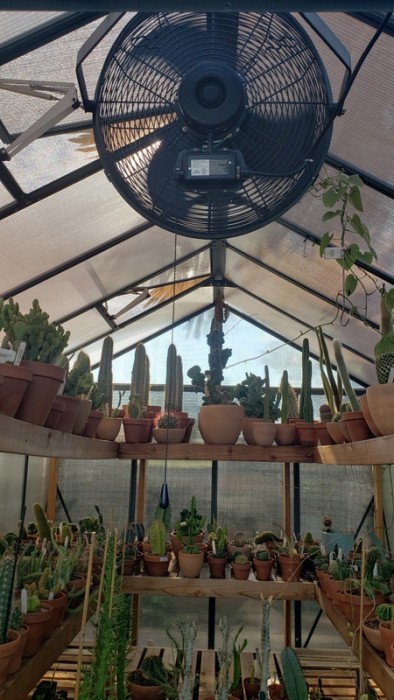 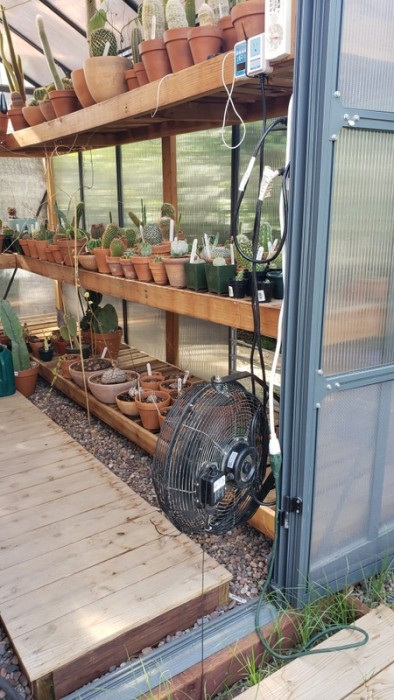 The temps inside still rose above the air temp even with the shade cloth and the fan. I made the mistake of watering plants during the heat wave. I forgot that the roots shut down due to heat. So I lost at least 18 plants due to center rot. 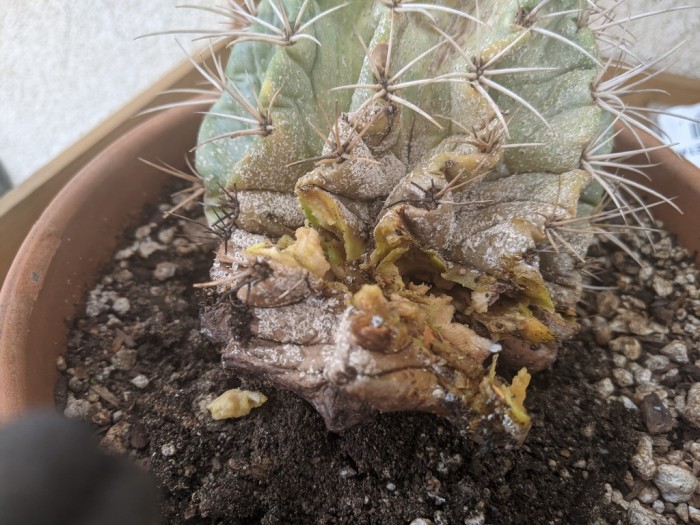 I had a few mature mammillaria that turned to a mush overnight. I replaced the 12" fan with an 18" fan that moved 400% more air. I placed the 12" fan low at the door. This made a huge difference in air movement. Temps inside never exceeded out side temps again. I stopped watering anything unless it drooped. The lose of plants almost stopped. The last 6 or so I think were just catching up with hidden damage from before. I have given up trying to grow small to medium size succulents around here. They just can not tolerate the intense heat I lost at least 20 plants. Fortunately temps have dropped. 100°f during the day and down to 72°f overnight. I have slowly started to water again but only at dawn when the plants are alive. Inspite of the heat many thrived and grew.
Here we are in June. 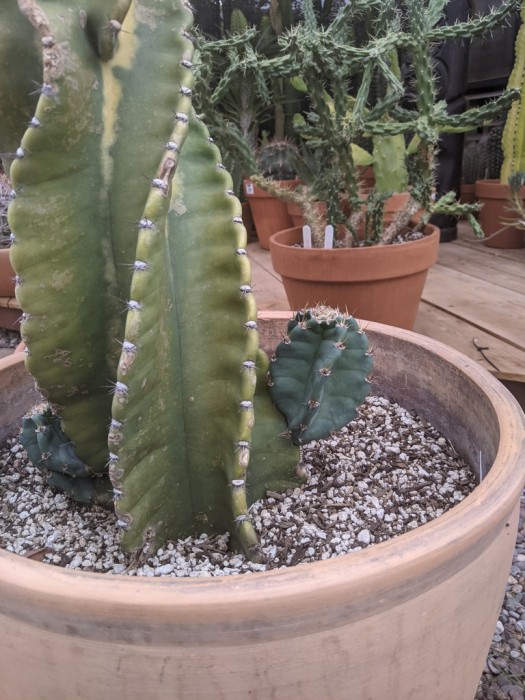 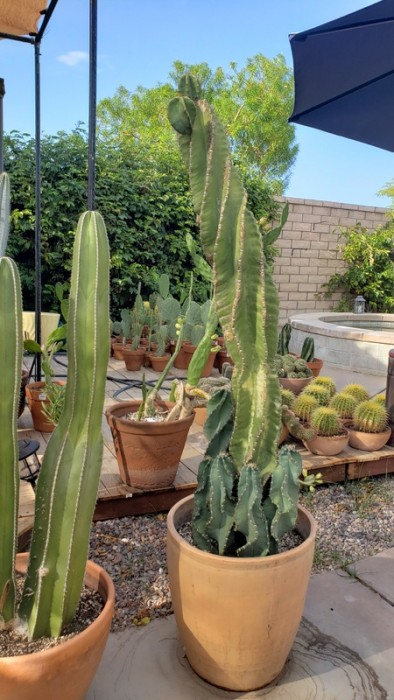 A few even flowered in the heat 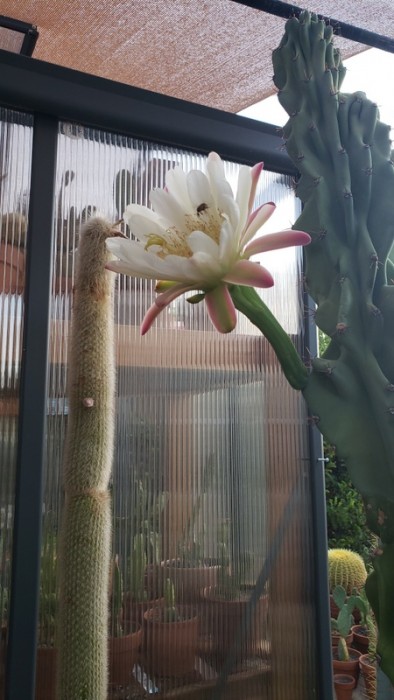