I grow mine in half shade, too much sun and the tubercles just dry out. Same water as the other cacti but more grit and less organic compost than most. I've had flowers in two successive years and the plant is now 5 years old.
Top

Mine came as a gift of a tubercle graft on Ferocactus glaucescens, which seems to be one of the favoured stocks for those who tubercle graft it. It was rather strange as the plant seemed to originate from the union between the tubercle and stock rather than the tubercle epidermis, at first as a lump of tissue rather like tissue culture which then started to put out tubercles.

My plant just before it flowered. 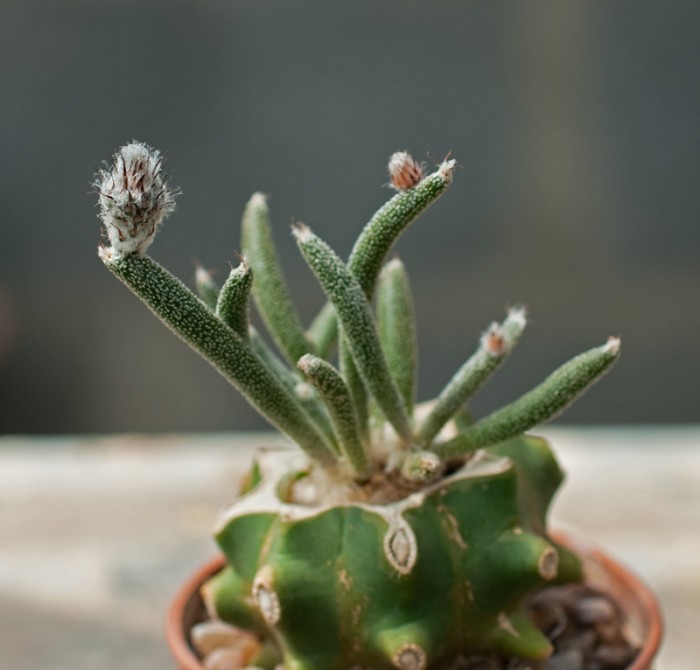 I gather the new Mammillaria bertholdii can also be raised by tubercle grafts too.
Nottingham Branch BCSS. Joined the then NCSS in 1961, Membership number 11944. Cactus only collection.
Top
Post Reply
12 posts