I think there is a paragraph following figure 2 in the July GotM article which shouldn't be there as it refers to Avonia.
Rod Smith

I had a couple of plants in flower last week, one unnamed plant has suffered from my poor cultivation recently but produced four flowers 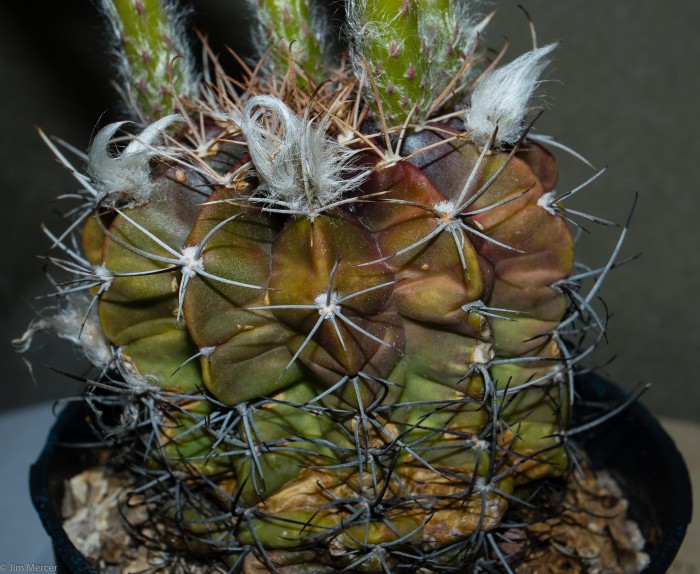 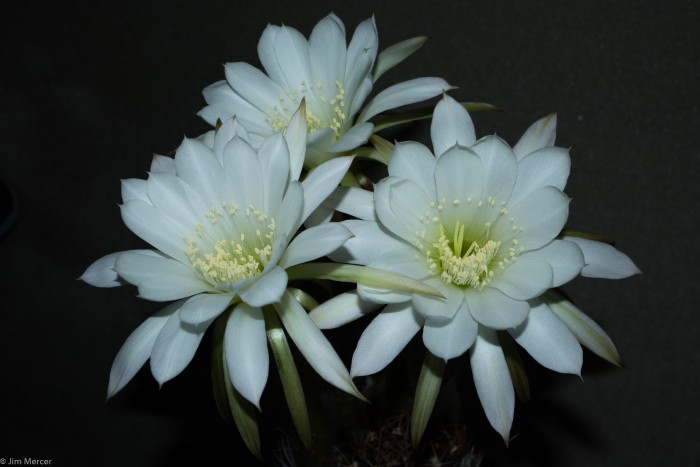 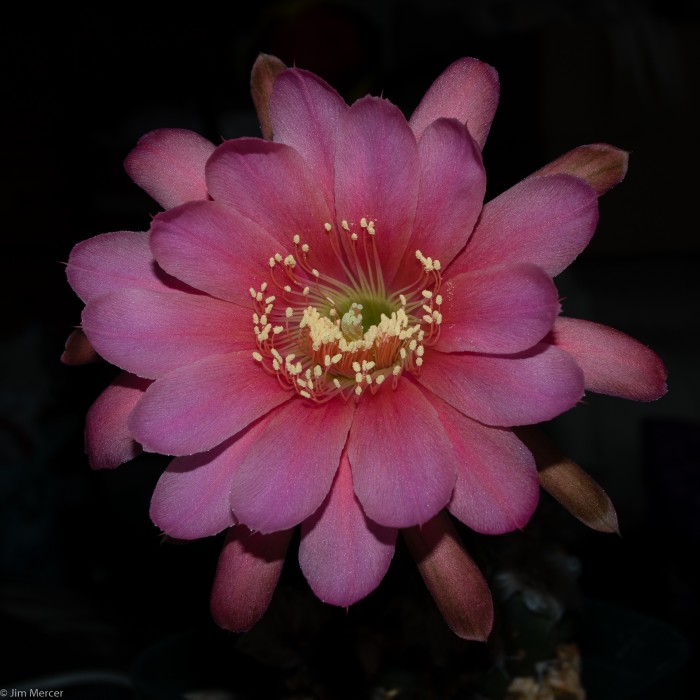 I presume Pseudolobivia qualifies as Echinopsis? Afraid this is a handheld shot in the staging since I never seem to get around to properly photographing it when really in full bloom, since it often has more flowers on than here. Not much of a looker out of flower, but then are most Echinopsis? 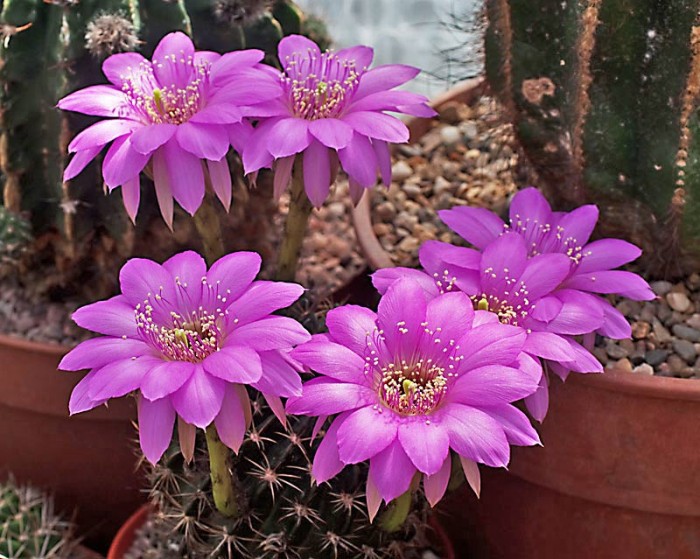 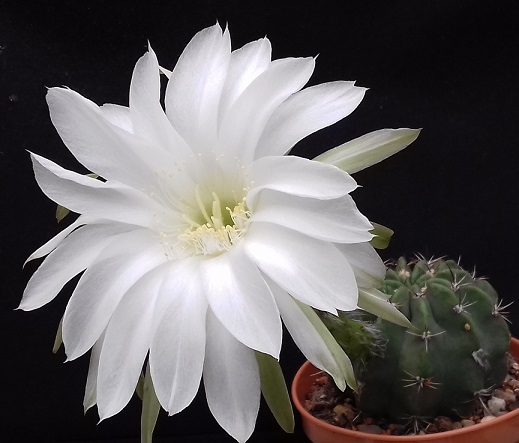 Lobivia subdenudata continues to be a popular choice of garden centres and DIY chains, especially the form with abundant fluff in the areoles, sometimes seen treated as 'fuzzy navel'. Mine came from a garden centre some years ago but didn't do very well for a long time. It is starting to look more healthy and has reached flowering size. 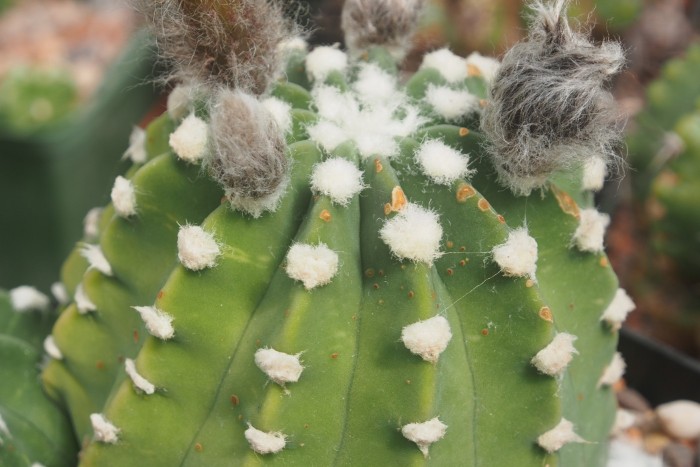 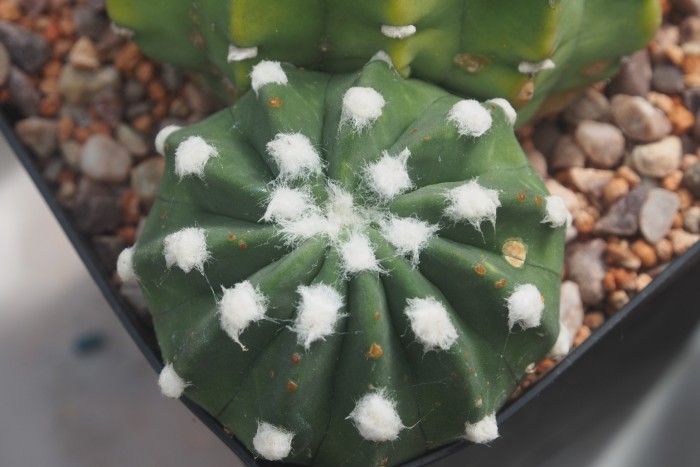 I have a couple of other plants that are not quite so fluffy. This first one originally came from Ron Wood's Cruck Cottage Cacti in Pickering. 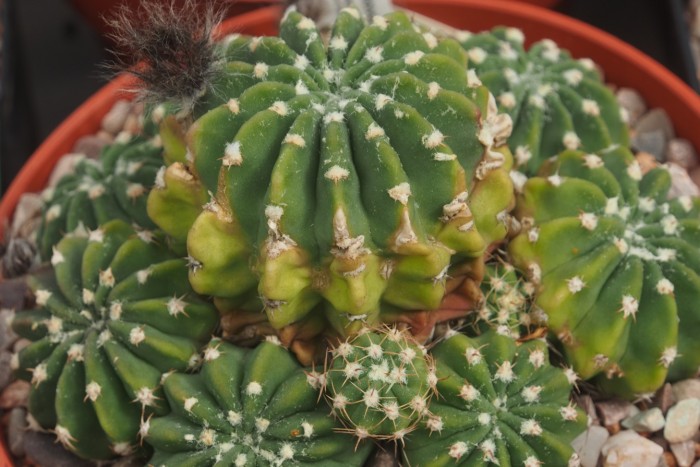 And another, similar plant, from Harry Middleditch. 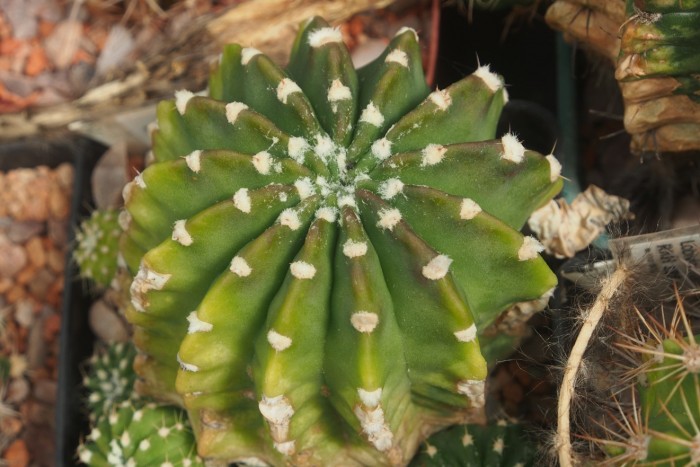 Subdenudata was described for plants found near Entre Ríos in Tarija, Bolivia. There are a few other plants that are quite widespread in cultivation that were found in that area but have spines.
Lau 941 is from Villamontes, around 50 miles east: 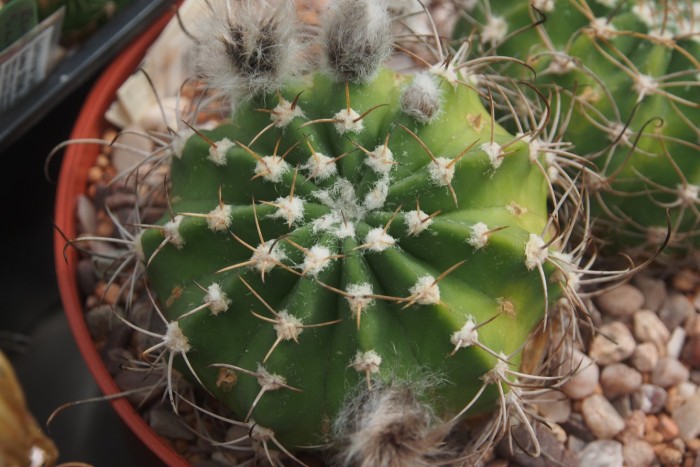 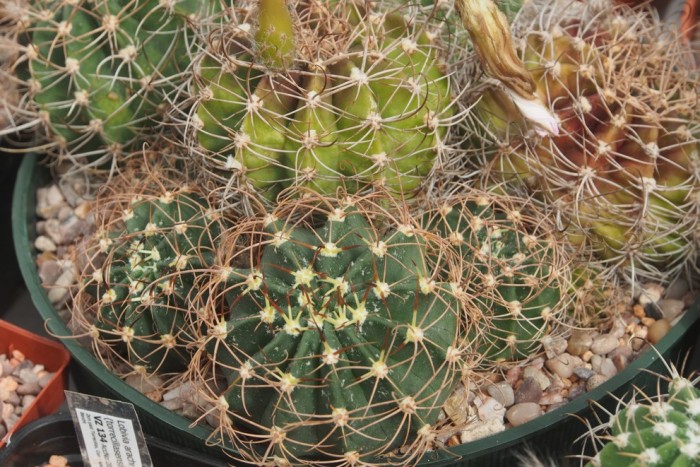 And here's yet another form, claiming to be from Entre Ríos but s.n. It has smaller bodies and slightly longer spines. 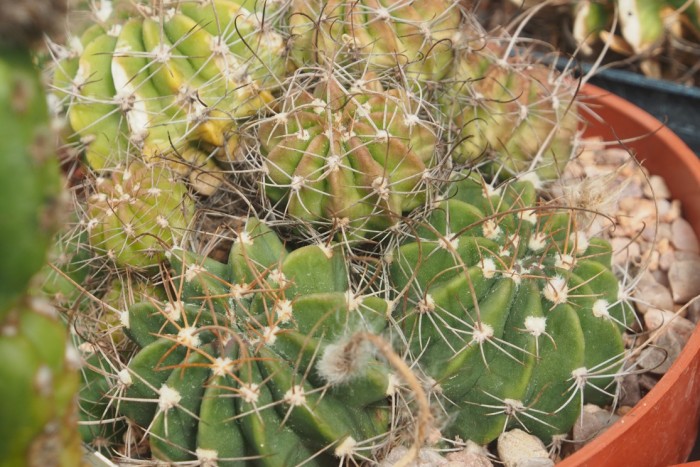 Described from the Tucumán - Salta area of Argentina, Lobivia ancistrophora is quite variable too. Here are some:
MN 63 and RH 480, both from near Salta city. 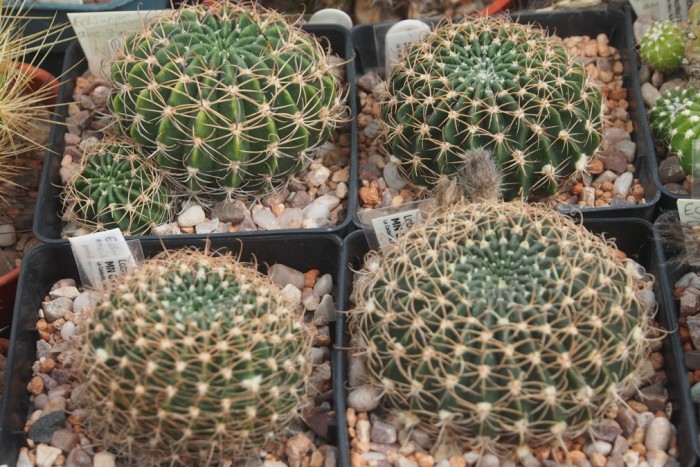 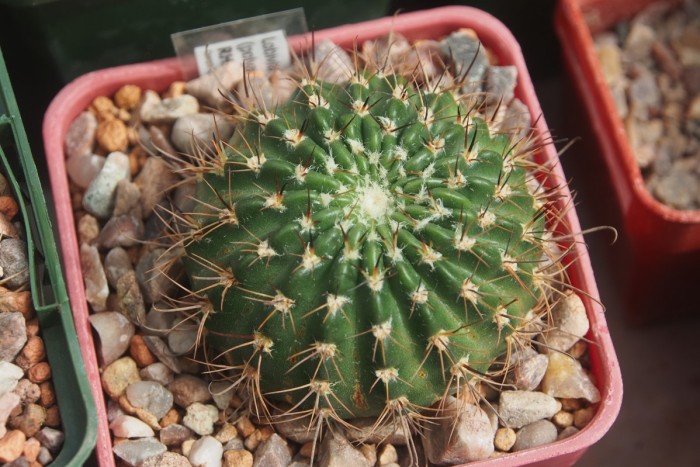 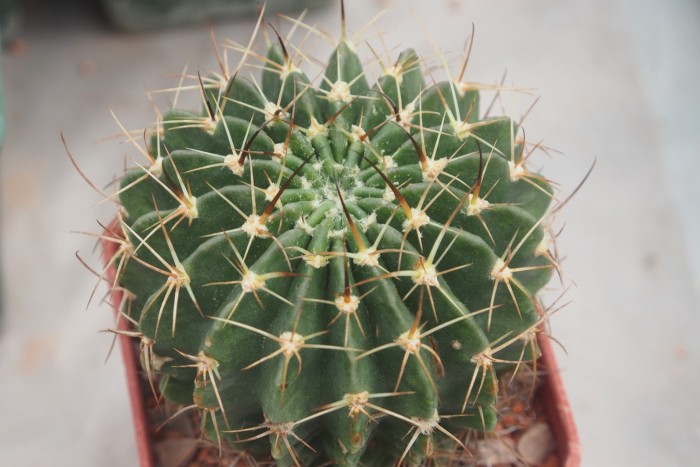 Finally, here's a peculiar plant which I recommend getting seed of if you ever place an order with ADBLPS. I managed to get 4 plants to this stage and all are similar, so it comes true. Aymeric calls it 'Tug'. I haven't flowered it yet but the flowers are fairly normal in the photos I've seen. 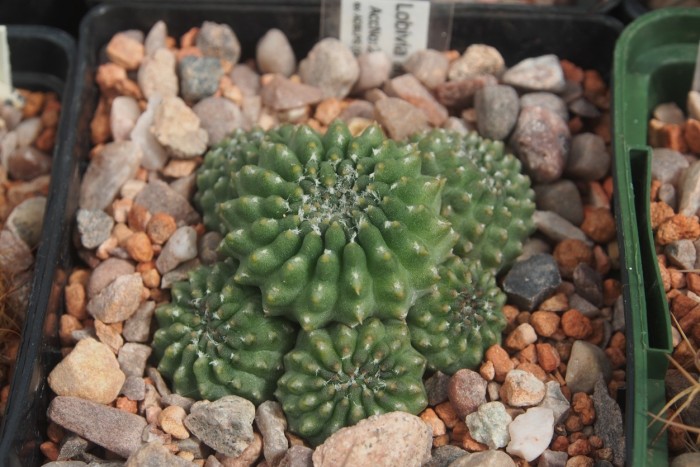 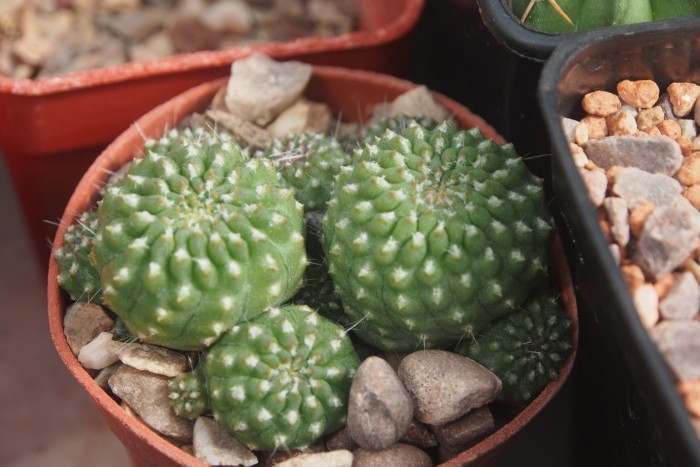